The Netherlands is one of the most popular tourist destinations in Europe. Gorgeous fields of flowers, canals, windmills, and of course the world famous Amsterdam spring immediately to mind. However, there is also so much to see outside of Amsterdam. The Netherlands is full of exciting towns and cities that offer a wealth of culture and a variety of entertainments while at the same time mixing the best of the old and modern worlds. Holland is full of world renowned artists, galleries, museums, and breweries, but there is also a wealth of lesser known attractions that can be just as exciting to discover. Let the selection of cities below inspire you for if you have foreign friends over that you like to show highlights of our country.

The Dam. One of Europe’s great cities, known the world over for its canals, museums, galleries, markets, cafes, coffee shops and its anything goes nightlife. There is so much to do in Amsterdam it can be overwhelming. Where to begin? Try cruising the canals or take a bike tour to get your bearings and discover locations that you can come back to and visit later such as the relaxing parks and squares. Anne’s Franks house and the Heineken Brewery are both popular, must see sights but there is just so much else to discover. Many visitors to the Netherlands only see Amsterdam but a fantastic new attraction now gives tourists the chance to see highlights of the rest of the country. This is Holland is a 90 minute 5D experience that provides an exciting journey over the best of the Netherlands and is well worth a visit while you are in Amsterdam.

If you are able to physically head out of the capital to visit other towns and cities in the Netherlands then Utrecht is a great place to start your journey. It is Holland’s fourth largest city and is famous for its universities, culture, and impressive architecture. The city was originally founded two thousand years ago by the Romans as a fortress as part of their northern borders. The charming old town can easily be explored on foot and is full of buildings built during the Middle Ages – perhaps take it all in on a cruise through the canals. Utrecht also makes a great base for day trips out to the nearby castles such as Kasteel De Haar which is reminiscent of the Palace of Versailles. 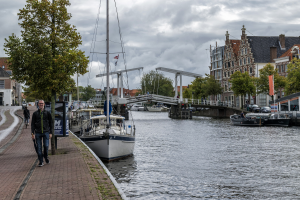 Haarlem is only 13 miles from Amsterdam and was founded over 1000 years ago. Smaller and less crowded than Amsterdam it offers a quieter, more relaxed experience than the capital but with a variety of interesting sights that make it well worth a visit. Many of its tourist attractions can be found near the attractive market square Grote Markt, and all are within walking distance. Key sights include the art at the Frans Hal Museum, the beautiful St, Bavo’s Church, and the Town Hall which was built in the 14th century. Near Haarlem is Zaanse Schans which offers tourists a taste of what makes the Dutch countryside famous, namely its windmills, clog making, and delicious cheese. 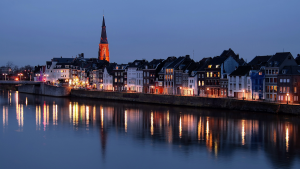 A bit further afield is the gorgeous town of Maastricht which is one of the oldest cities in Holland, and is part of the Most Ancient European Towns Network. Situated near the borders of Germany and Belgium, Maastricht has a long and rich history having been founded by the Romans in 50BC. This university town is full of medieval era architecture and a cobbled old town that provides quaint cafes, antique shops and an array of tourist sites. Two key places of interest to visit are the gothic style architecture of Sint Janskerk rising in red above the city, and the Romanesque Basilica of St. Servatius.

On purpose we haven’t mentioned Groningen, since we figured you guys are the experts to show someone around in your hometown.