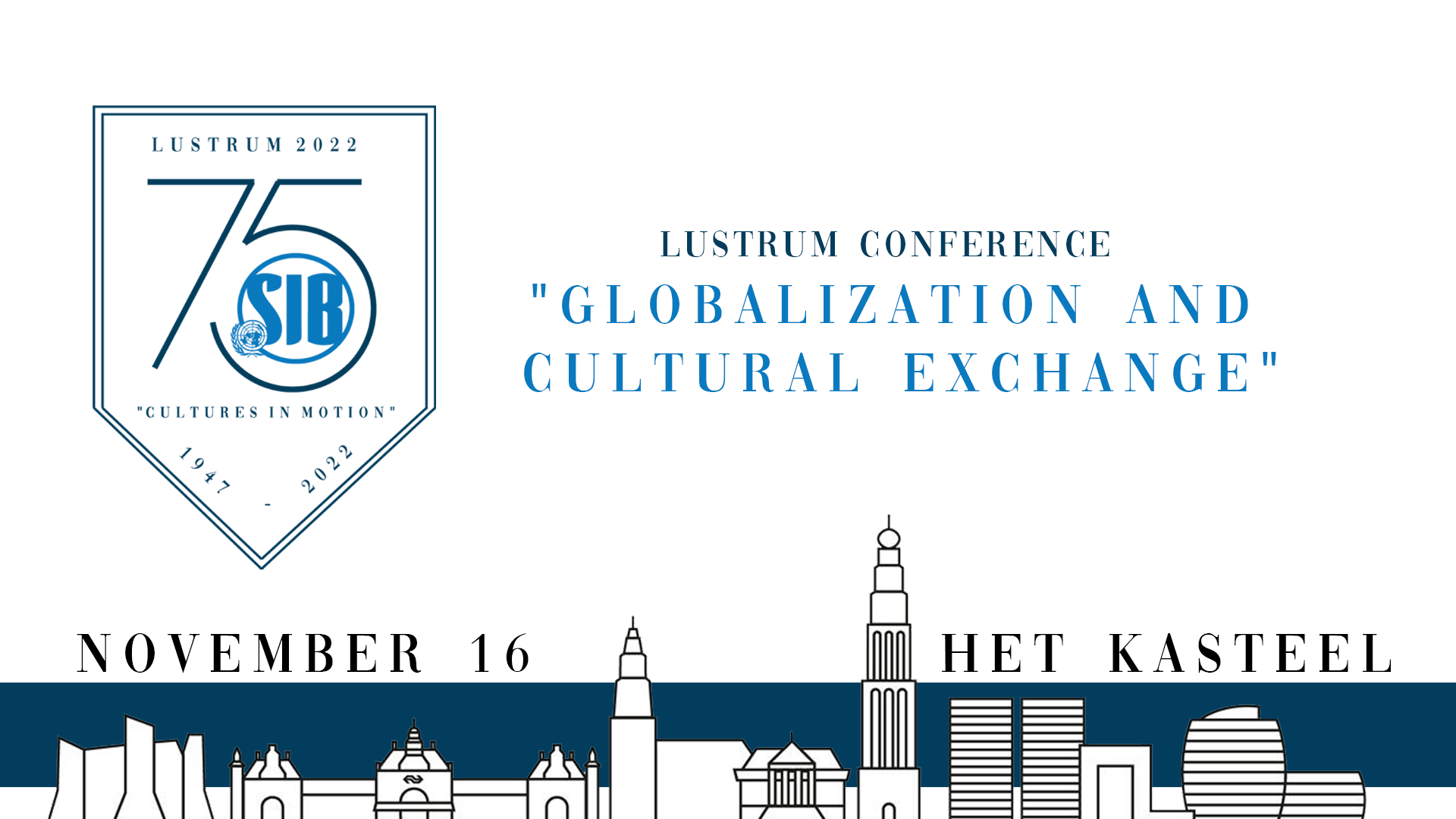 In 2022, the SIB will hold a special Lustrum conference on November 16th to celebrate its 15th Lustrum. This conference will explore and explain the various perspectives on culture in a global, ever-changing context. The importance of this matter can be expressed in the enormous impact visible and invisible aspects of culture have on international politics and indeed our daily lives. This topic will be approached through the theme of the conference: Globalisation and Cultural Exchange.

The central question of this congress is to what extent we can look at changing cultures in regards to the themes of culture as a dynamic concept, through the changing communications and competencies and through minority and majority culture.

Schedule of the day

Unfortunately, sign-ups for the dinner have closed

In 2022, the SIB will hold a special Lustrum conference on November 16th to celebrate its 15th Lustrum. This conference will explore and explain the various perspectives on culture in a global, ever-changing context. The importance of this matter can be expressed in the enormous impact visible and invisible aspects of culture have on international politics and indeed our daily lives. This topic will be approached through the theme of the conference: Globalisation and Cultural Exchange.

The central question of this congress is to what extent we can look at changing cultures in regards to the themes of culture as a dynamic concept, through the changing communications and competencies and through minority and majority culture.

Since the 1980s, Third Culture Kids have been described as “prototype citizens of the future.” Viewed in this way, TCKs are a preview of what’s to come… and we’re closing on on “the future” very quickly. In fact – we may be approaching the height of TCKs relevance right now! The skills they develop growing up with multiple cultural influences amidst a backdrop of transience during their developmental years are skills everybody now needs, and the challenges they face – everyone now faces. The fact that TCKs have been studied for more than half a century means we have gained a lot of useful insight, and now is the time to apply it on a broad scale in personal, professional, political, and social arenas. Issues to do with identity, conflict-resolution, and vulnerability present challenges not just for TCKs now, but for society as a whole. Similarly, capability in intercultural agility, change management, and empathy are valued and needed on a worldwide scale. Adopting and honing TCK traits in a global context can be a powerful step towards moving beyond tolerance and shaping cultural exchange to instill hope in a rapidly changing world where the TCK experience is less of a unique circumstance and more of a shared adventure.

We're Queer and We've Always Been Here: The Concurrent Existence of Queer Art

Queer society still lingers on the fringe of all that is considered mainstream. As much as it is a vast improvement that we can have our own events, our own spaces, our own art shows, true inclusion accepts that we belong front and centre, alongside those who have dominated for centuries. Queer art is not a separate entity, but rather a significant part of every artistic movement.

From Honeymoons and Culture Shock to Intercultural Realities

We will examine the stages of a well-known cultural adjustment model that takes on a journey of cultural exchange from first encounters (Honeymoon/Culture shock) through to Adaptation and Integration. The premise underlying the model is that the type and the effectiveness of intercultural communication will change according to the stage.

The model suggests that early contacts with a second culture will always be in ethnocentric terms, while further contact may (through training, experience and belief change) lead to more ethnorelative views, which open up the possibility of actual intercultural understanding. How well translation can mediate across ethnocentric divides will also be touched on, while participants themselves will also be able to chart their own levels of understanding and mastery of the stages with regard to their own cultural experiences.

Out-groups in an Era of Globalization

We love categorizing things. Among different categorizations we make, the following may be the most important: Us (“in-group”) and Others (“out-groups”). We tend to favor those who are categorized as in-group, while keeping a distance from out-group individuals. But who do you consider as a part of in-group members? The distinction between us and others is not fixed and varies depending on many factors. The talk zeros in on analyzing how globalization affects such group categorization. It ultimately discusses how we can enhance cooperation between different groups in an era of globalization.

Just like the overwhelmed earthlings in the cult movie “Close Encounters of the Third Kind,” we react to situations that we don’t understand with fear and uncertainty. And those emotions tend to inhibit thoughtful, mindful analysis and behavior. Encounters with earthly “aliens” often leave us just as confused as the protagonists in the movie. We can alleviate the bewilderment by cultivating the right attitudes, skills, and knowledge – especially as it pertains to effective communication. In this Masterclass, we’ll look at some communication basics, how those differ across cultures, and uncover some tools to help you adapt to intercultural situations. And that enables you to put your counterparts more at ease, facilitate open communication and be more productive and effective dealing with others. Because one key take-away from CE3K is that the success of relationships depends on communication. And your success depends on your ability to establish meaningful relationships!

Originally from the US, Jaimi Cyrus is a successful business executive, intrepid adventurer and global citizen, who is now working as a facilitator, speaker and health coach, inspiring leaders and teams to pull together, achieve goals and venture beyond their perceived potential. During her 18 years at Hewlett-Packard (HP), she spent 10 years in executive roles travelling between different European countries and internationally. She has accumulated a wealth of experience in working and living in intercultural environments; she enjoys sharing the stories of communication failures and cultural insights as part of her workshops and university lectures in Stuttgart, where she lives with her family. In her free time, she’s traveled extensively (76 countries so far), has climbed the highest peaks on 4 continents, skied in remote regions of Kamchatka and has certified as a rescue diver and personal trainer. 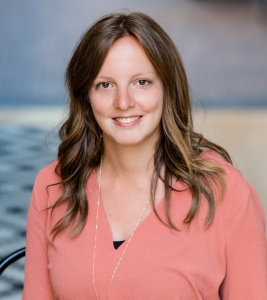 Nadine Blankvoort, originating from Canada, currently living in the Netherlands, is a Phd researcher exploring the topics of civic integration and integration discourse. Nadine completed her Bachelor degree and her Masters in Medical Rehabilitation in Occupational Therapy at the University of Manitoba, in Canada. In 2012, Nadine completed the Global Health Masters program at Maastricht University in the Netherlands. Following her Global Health education, Nadine worked as an instructor in the Global Health masters programme and was involved in international research projects. Nadine is currently employed as the Coordinator Internationalization within the Department of Occupational Therapy at Amsterdam University of Applied Sciences (AUAS). Additionally, she is an instructor in the bachelor and coordinates the inter-disciplinary minor on Global Health. Since 2019, Nadine is a staff member in the European Master of Science in Occupational Therapy where she teaches on topics of diversity, inclusion and qualitative research.

In 2020, Nadine was awarded a PhD research grant from the Dutch Research Council to carry out the project: “Critical Discourse Analysis of Dutch Civic Integration Programs for Refugees”. She conducts this research as an external PhD candidate from Maastricht University within the department of Health Ethics and Society as well as the AUAS research group Participation and Environment. In her research, Nadine adopts critical qualitative methodologies and draws on post/decolonial and governmentality theories to explore current discourse on integration. She currently serves as board member and think-tank developer within Stichting Civic, an organization aimed to improve the current civic integration programme in the Netherlands. 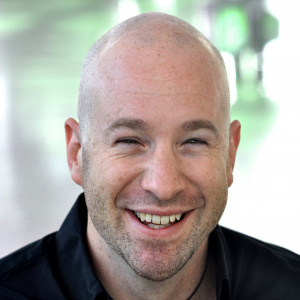 Chris studied at Ridley Hall, Cambridge in the UK for a degree in partnership through Oxford Brookes University in Youth & Community Work & Applied Theology. He served as a Community Director in the UK and Middle East working with the US Military Chaplaincy for 8 years before becoming a full-time speaker. Tales from these experiences form part of the fabric of Chris’ engaging presentation and have helped shape Chris’ passion for helping the world benefit from the experience of expats, global nomads, and cross-cultural communities. The effects of globalisation, technological advances, and rapidly changing sociological trends have presented the world with new challenges, but also new tools and possibilities at every level: from individuals to communities, from companies to countries.

Monica Mills is an artist and curator of visual and queer art. Having specialised in Fine Art, she spends her time teaching teenagers, curating exhibitions, creating artwork, and fundraising for different charities. One of the general items the conference aims to cover is minority culture. She can provide a queer perspective on minority culture through the medium of visual art. Thus, at the conference, she will be sharing her expertise and experience in an informative and emotive masterclass on queer art.

Prof. Dr David Katan has been full professor of English and Translation at the University of Salento (Lecce) since 2006. He has over 90 publications on his name, in the fields of, inter alia, intercultural translation and competences. He has given various lecture talks at international conferences on said topics. At the conference, he will be informing the audience of the importance of intercultural communication and competences, with a focus on translation.

Dr Seiki Tanaka is an assistant professor of international relations at the University of Groningen. His interest lies in exploring and researching the processes and mechanisms underlying social conflicts and cooperation. In particular, he studies the microfoundations of social diversity and conflicts and how different groups of people – different gender, ethnic, income, and national groups – can co-exist within a society in an era of globalisation and technological advancement. At the conference, he will give a masterclass on globalisation and threats. 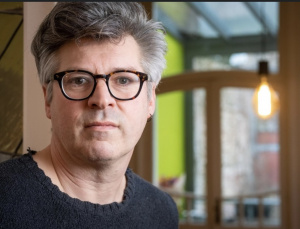 Pascal Gielen (1970) is full professor of sociology of culture and politics at the Antwerp Research Institute for the Arts (Antwerp University – Belgium) where he leads the Culture Commons Quest Office (CCQO). Gielen is editor of the international book series Antennae – Arts in Society (Valiz). In 2016 he became laureate of the Odysseus grant for excellent international scientific research of the Fund for Scientific Research Flanders in Belgium. In 2022 he was appointed by the Flemish Government as curator of the Culture Talks conference. Gielen has published many books which are translated in Chinese, English, Polish, Portuguese, Russian, Spanish, Turkish and Ukrainian. His research focuses on creative labour, the common, urban and cultural politics. Gielen works and lives in Antwerp, Belgium.

Thijs Lijster teaches philosophy of art and culture at the Faculty of Arts of the University of Groningen. He studied philosophy in Groningen and New York, and previously worked at the Universities of Amsterdam and Antwerp. He published Walter Benjamin and Theodor W. Adorno on Art and Art Criticism (2017) and co-edited Spaces for Criticism (2015), The Future of the New (2018) and The Rise of the Common City (2022). He also published a number of Dutch books, among which De grote vlucht inwaarts (2016), Kijken, proeven, denken (2019), Verenigt U! (2019) and Wat we gemeen hebben (2022). 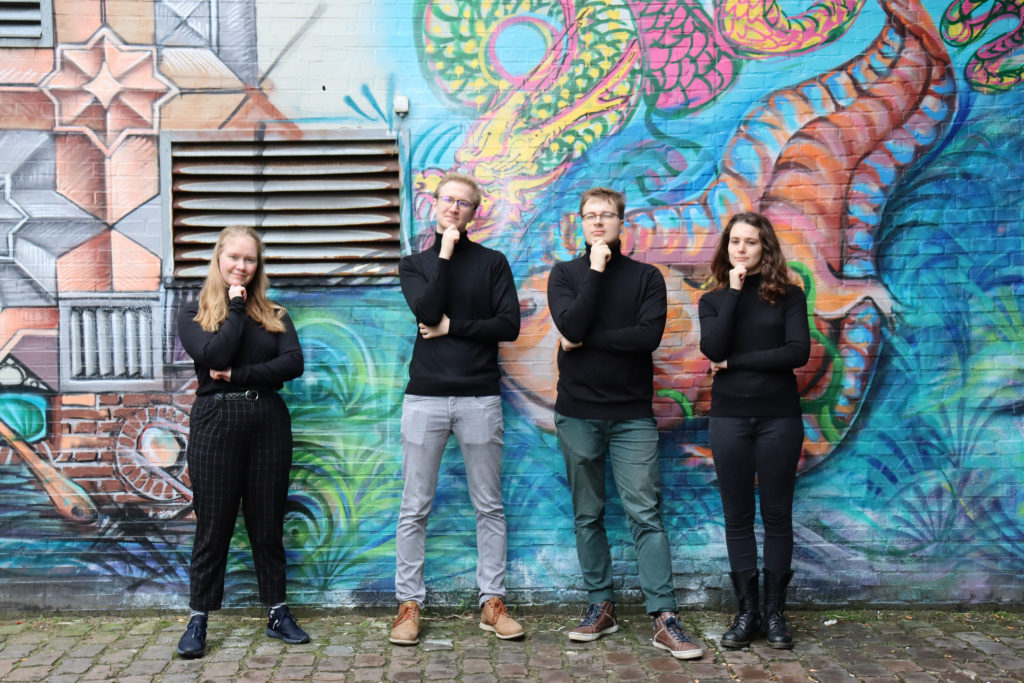