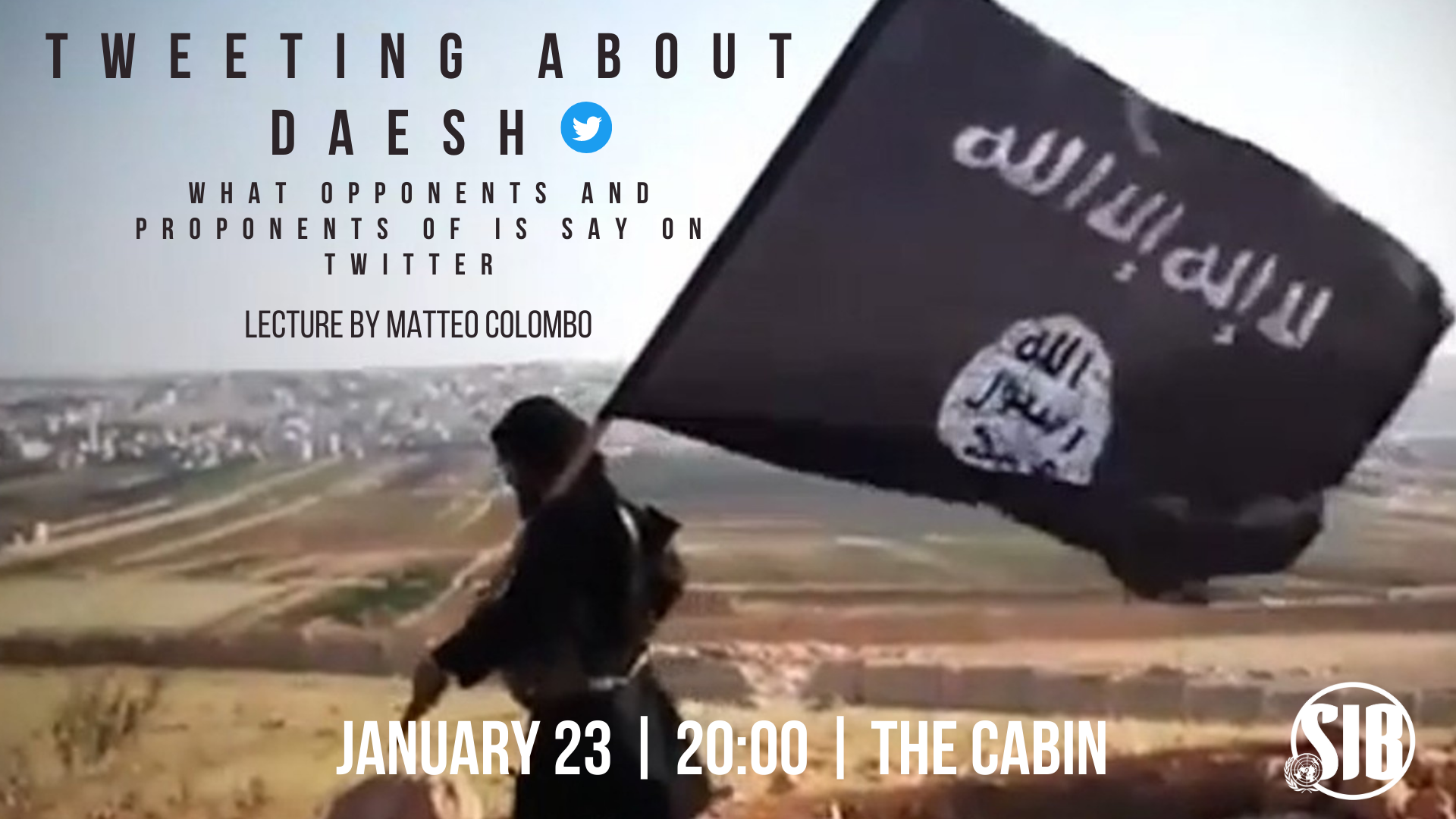 “Tweeting about Daesh; What opponents and proponents of IS say on Twitter” by Matteo Colombo

The Islamic State gained international attention when in June 2014 it proclaimed a Caliphate in cities it
captured in Iraq and Syria. After initial military success, IS gradually started to lose territory, culminating in
the loss of its unofficial capital, Raqqa, in September 2017. This lecture will examine how Twitter users
responded to this propaganda, based on a research project that examined around 29 million Tweets
written in the Arabic language by looking at the Twitter discourse between October 2014 and September
2017, when IS ran large online propaganda campaigns

Matteo Colombo analysed these tweets in his book ‘Discussing the Islamic State on Twitter’, co-authored
by Luigi Curini. Based on his PhD, the book examines Arabic tweets from both proponents and opponents
of IS. Matteo is a Junior Research Fellow at Clingendael, where he focuses on Jihadism and Middle East
politics. He is also an Associate Research Fellow at the Italian Institute for International Political Studies
(ISPI).