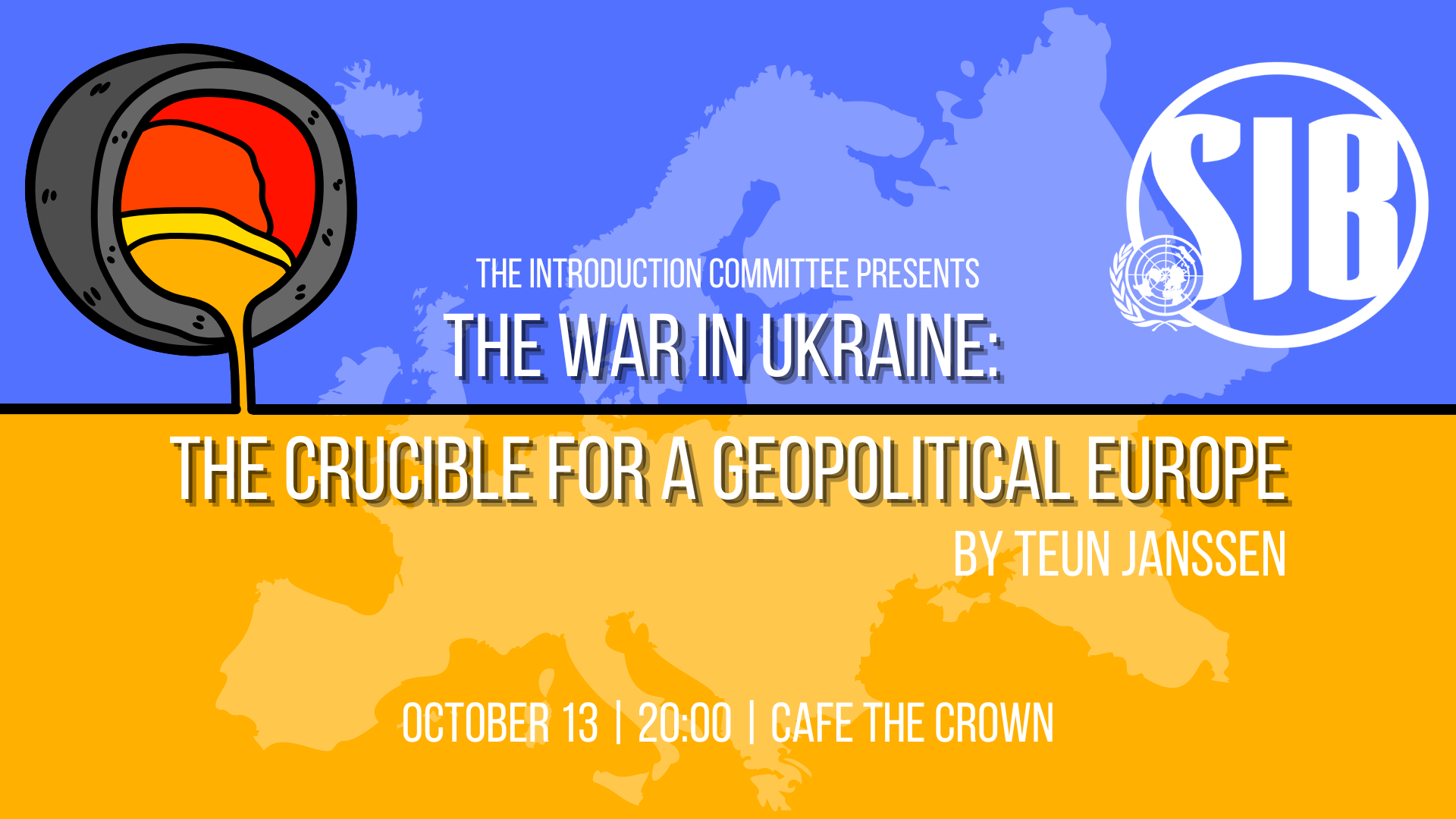 “The War in Ukraine: the Crucible for a Geopolitical Europe” by Teun Janssen

During this interactive lecture, we’re going to look at the impact the war in Ukraine has had on the EU as a foreign and security actor. ”Strategic Autonomy” has been the favourite buzzword in the Brussels Bubble for many years. President Von der Leyen wanted her team to be a ”geopolitical commission” but rarely had the means to back up the rhetoric. Now Europe is faced with its biggest test yet, but the slowness of its response can be frustrating and puzzling. How are decisions on foreign and security issues really made in Brussels, what are its biggest flaws, and how can we improve them? and moreover: has the war made the unthinkable options thinkable, just like it has with the past crises? This won’t be a lecture filled with acronyms, treaties and percentages that you can find in textbooks, but a deep dive into what’s happening behind the scenes.

This interactive lecture will be given by Teun Janssen, an Academy Fellow at the Clingendael Institute, with expertise in European affairs.

In his capacity as Academy Fellow, Teun coordinates, develops and implements a wide range of training courses for e.g. Dutch, European and International diplomats, civil servants and policy makers. His main training activities deal with the politics and functioning of the European Union and its regional and global engagement. Teun is a Cum Laude graduate of the College of Europe in Natolin, Warsaw with a regional and thematic expertise in Central and Eastern Europe, and the foreign and security policies of the EU respectively. He is also a former student at the university of Groningen, where he will now be returning to teach us about his area of expertise. He has provided wide ranging EU trainings to hundreds of professionals, including for Czechia and Sweden on their EU presidency, the EU advisors to the Dutch parliament, and the EEAS. Prior to joining the Clingendael Institute, Teun worked as a Project Coordinator at the Platform of European Memory and Conscience in Prague, dealing with EU remembrance policies on the history of 20th century totalitarianism, and conducting research, awareness raising, education and lobbying within that field.

Organised by the Introduction Committee

This lecture will take place in Cafe The Crown