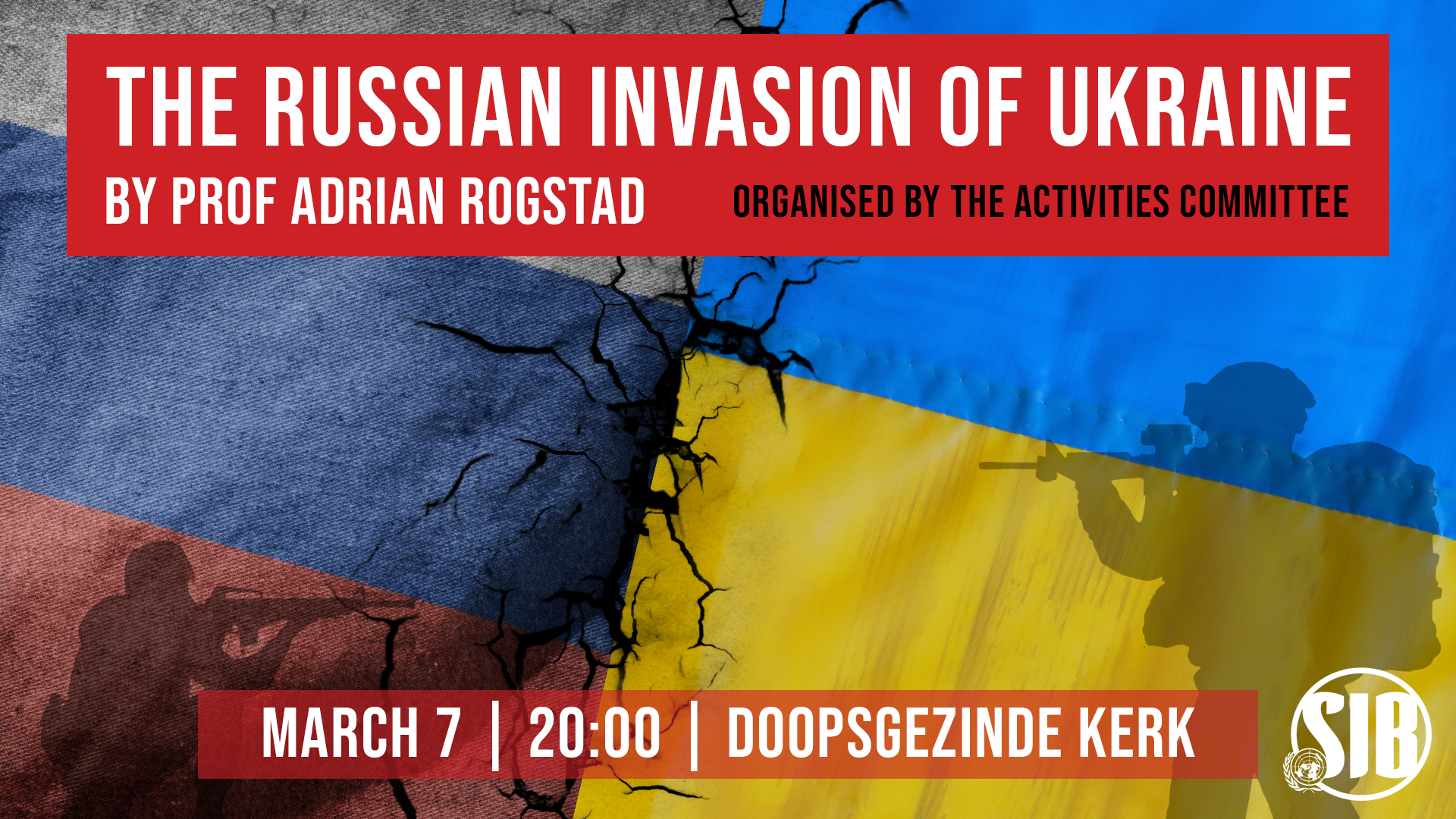 “The Russian Invasion of Ukraine” Lecture by Prof Adrian Rogstad

Weeks of intense diplomacy and the imposition of Western sanctions on Russia failed to deter Putin, who had massed between 150,000 and 200,000 troops along the borders of Ukraine. Russian ground troops have crossed the Crimea border into Ukraine after Vladimir Putin announced a “special military operation” in the east of the country. Putin recognized two occupied regions, the Luhansk People’s Republic and the Donetsk People’s Republic, as an independent. How did the invasion start and what may happen next? Since the situation is quickly evolving, the speaker for the lecture Prof Adrian Rogstad will provide short overviews of the outgoing conflict and after that move to an extensive Q&A section.