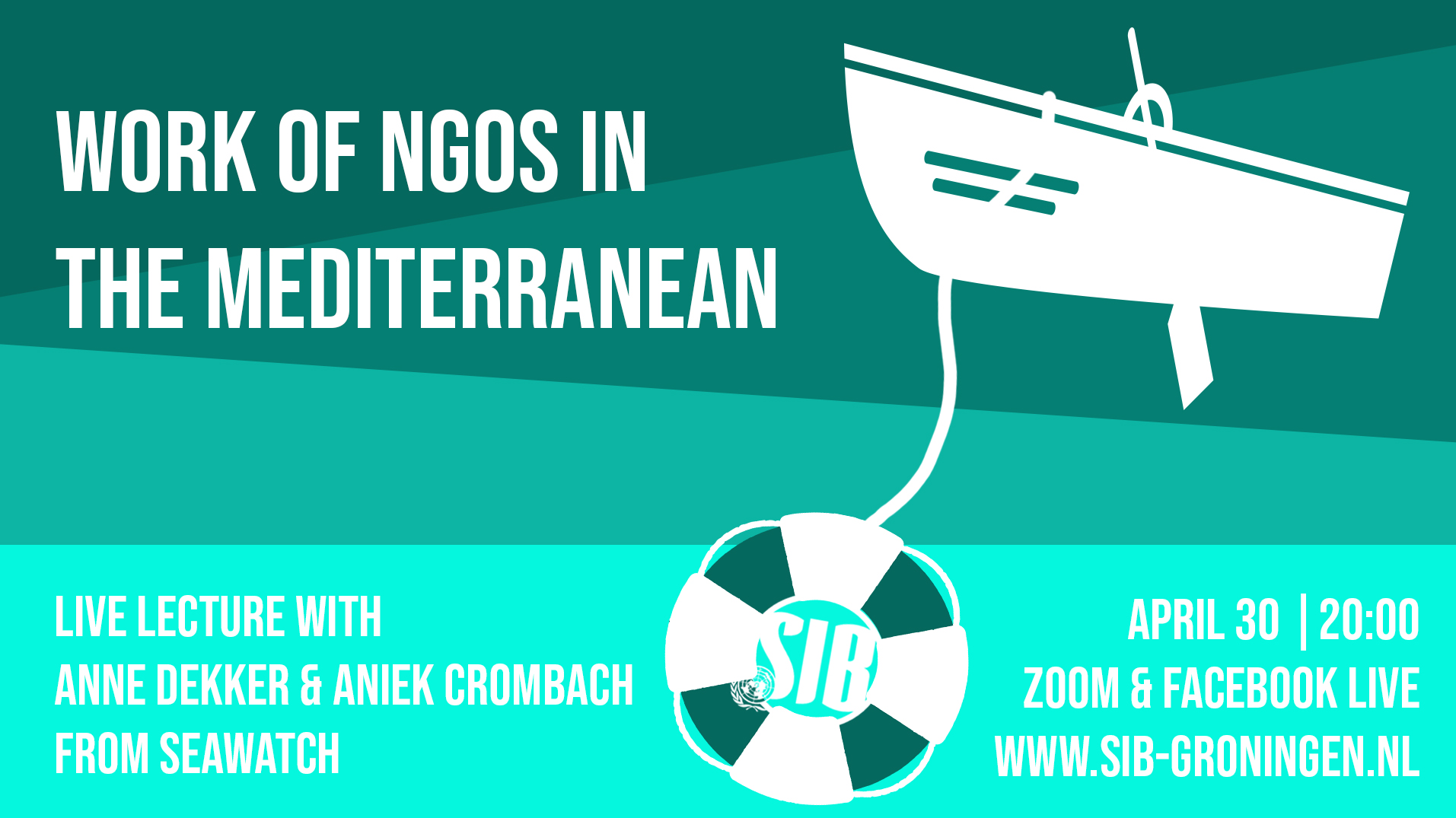 Symposium: NGOs in the Mediterranean

We will have our first online symposium, organised by the Activities Committee. On this Thursday, we will be joined by two representatives from Sea Watch, who will share their experience of working in rescue missions in the Meditarranean Sea.

Crossing the Mediterreanean Sea to get to Europe has been one of the most popular routes for displaced people, but it is also one of the most dangerous ones. According to the UN High Commissioner for Refugees, as of April 2020, more than 17,000 people have arrived in the European Union by sea. Estimatedly, more than 170 have died or gone missing in the process. In 2016, this number amounted up to 5,000 people in one year.

A number of associations has embarked on a mission of saving those who are at risk of drowning when crossing the Sea in often unsuffiently equipped and overcrowded boats. How does such a rescue mission work? What are the political, as well as organisational challenges? What does daily life on a rescue ship look like?

To answer these questions and more, we will be joined by Anne Dekker and Aniek Crombach.

Anne Dekker is the Dutch representative and Search and Rescue Coordinator of Sea-Watch. She has been involved with the organisation for more than years and taken part in multiple resuce missions.

Aniek Crombach is a Dutch Emergency Physician working in humanitarian aid. She did volunteer work with Sea-Watch within the medical team last year in the summer for two missions (equivalent to two months) whilst the ship was being seized in Licata.

This symposium is open and free for everyone. If you would like to attend the symposium on zoom and ask questions in person, you can join this link from 19:45 onwards.
The symposium will also be livestreamed on the SIB-Groningen facebook page, where you can ask questions using the comment section.