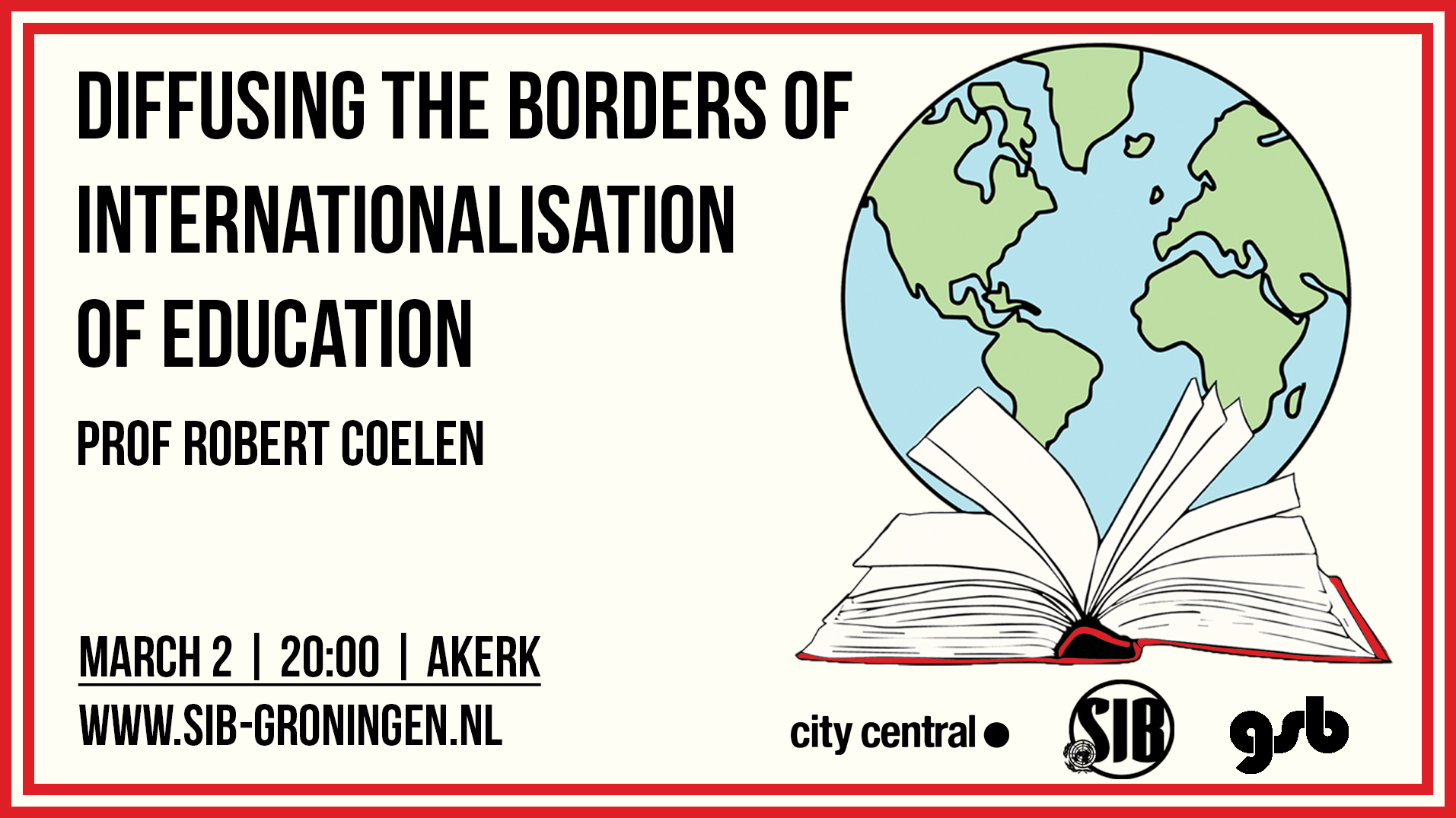 Robert Coelen: Internationalisation in the Netherlands

The movement of people across borders for education has been steadily increasing as a result of globalisation. According to the Dutch Organization for Internationalisation in Education (Nuffic), more than 4.5 million degree students studied abroad in 2016, mainly in English-speaking countries. About 90,000 of them chose the Netherlands as their destination. Over the past years, the number of international students in the Netherlands has been growing continuously. In the academic year 2018-2019, the RUG had around 7,000 international students, making up around 22% of the student population. The Hanze University of Applied Science and NHL Stenden host more than 2,000 students from abroad.

So how should we go from here? What are possible solutions aiming to compromise the opposing positions?

After the lecture, there will be ample room for debate during the Q&A session.

The event is organised in collaboration with the Groninger Studentenbond and City Central. It is free and open to everybody.