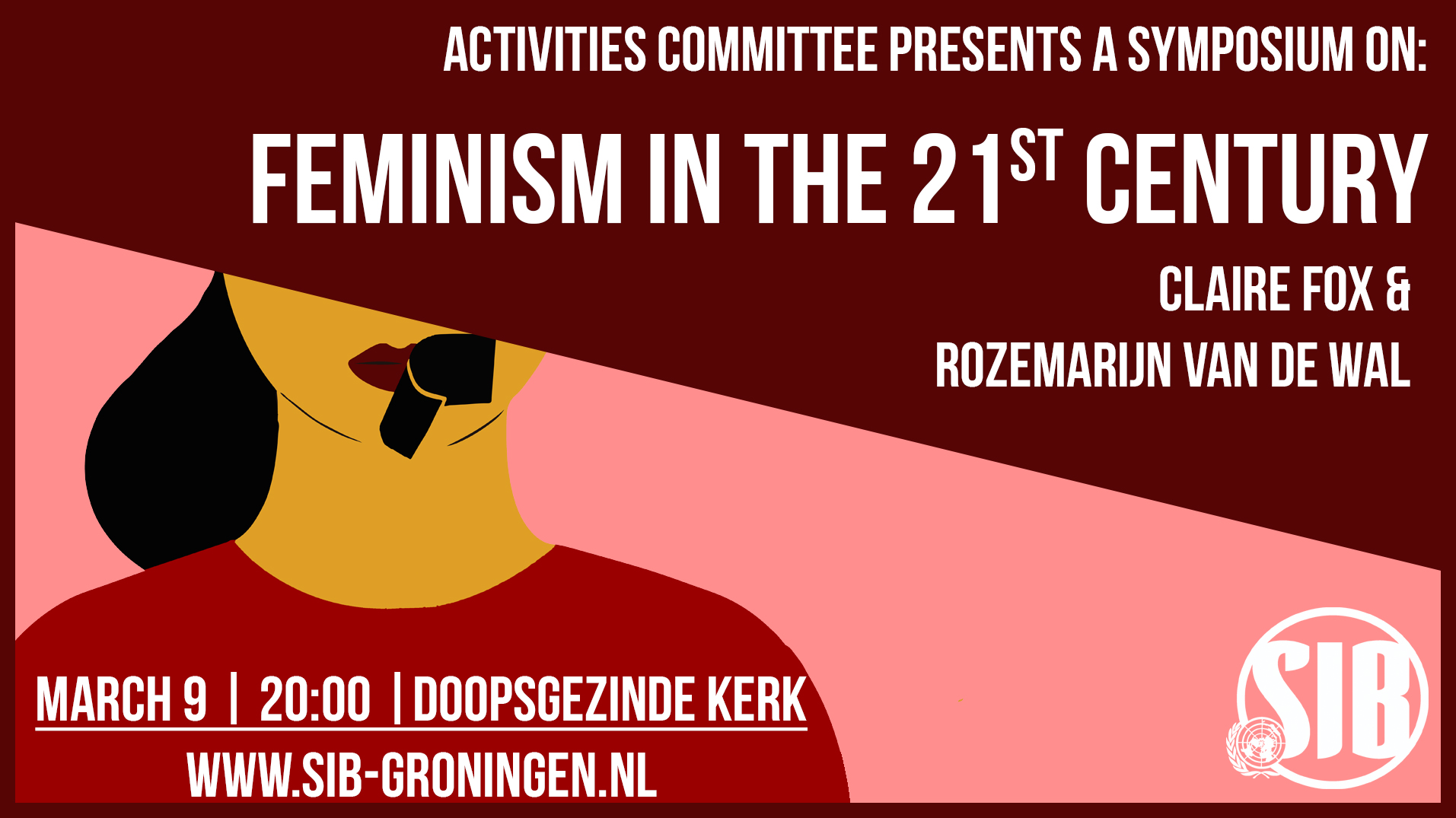 Symposium: Feminism in the 21st Century

On this Monday, the Activities Committee is organising a symposium on Feminism in the 21st century. The history of feminism is commonly divided into three waves, concerned respectively with women’s suffrage, cultural and political inequalities and the relevance of intersectional feminism. Nowadays, the topic has become a steady subject of political and societal debate, with movements such as #MeToo, “Las Tesis” and the Women’s March giving feminism a more prominent stage in media and focusing on technology, leading some to suggest that a fourth wave of feminism has begun. At the same time, contemporary feminism remains a highly disputed topic. From opinons of feminism being unnecessary to the argument that contemporary feminism has become too mainstream to make an impact, criticism is manifold. During the symposium, we will try to look at different aspects of the debate around feminism in the 21st century.

Rozemarijn van de Wal is currently a PhD candidate at the Centre for Gender Studies at the University of Groningen. Her research focuses on the position and representation of women, particularly in science, over time. She is one of the people that initiated, set up and developed the new 30ECTS university minor programme on ‘Gender and Diversity in Science, Society and Culture’ at the University of Groningen. During her part of the symposium,”the gender of history,” she will outline the way gender and  women have been represented throughout the past, and draw some conclusions on how this affects our contemporary perspectives on feminism.

Claire Fox is a writer, broadcaster, free-speech campaigner and author of I Find That Offensive! She is a panellist on Radio 4’s The Moral Maze and appears in UK media frequently, including on Newsnight, Any Questions and Sky Newspaper Review. Claire is a member of the European Cultural Parliament and director and founder of the Academy of Ideas. Additionally, she convenes the yearly Battle of Ideas Festival. Claire Fox was elected Brexit Party MEP for North West England at the 2019 European Parliament election and served until the UK left the EU on 31 January 2020. Her part of the symposium will focus on a critical perspective towards contemporary feminism.