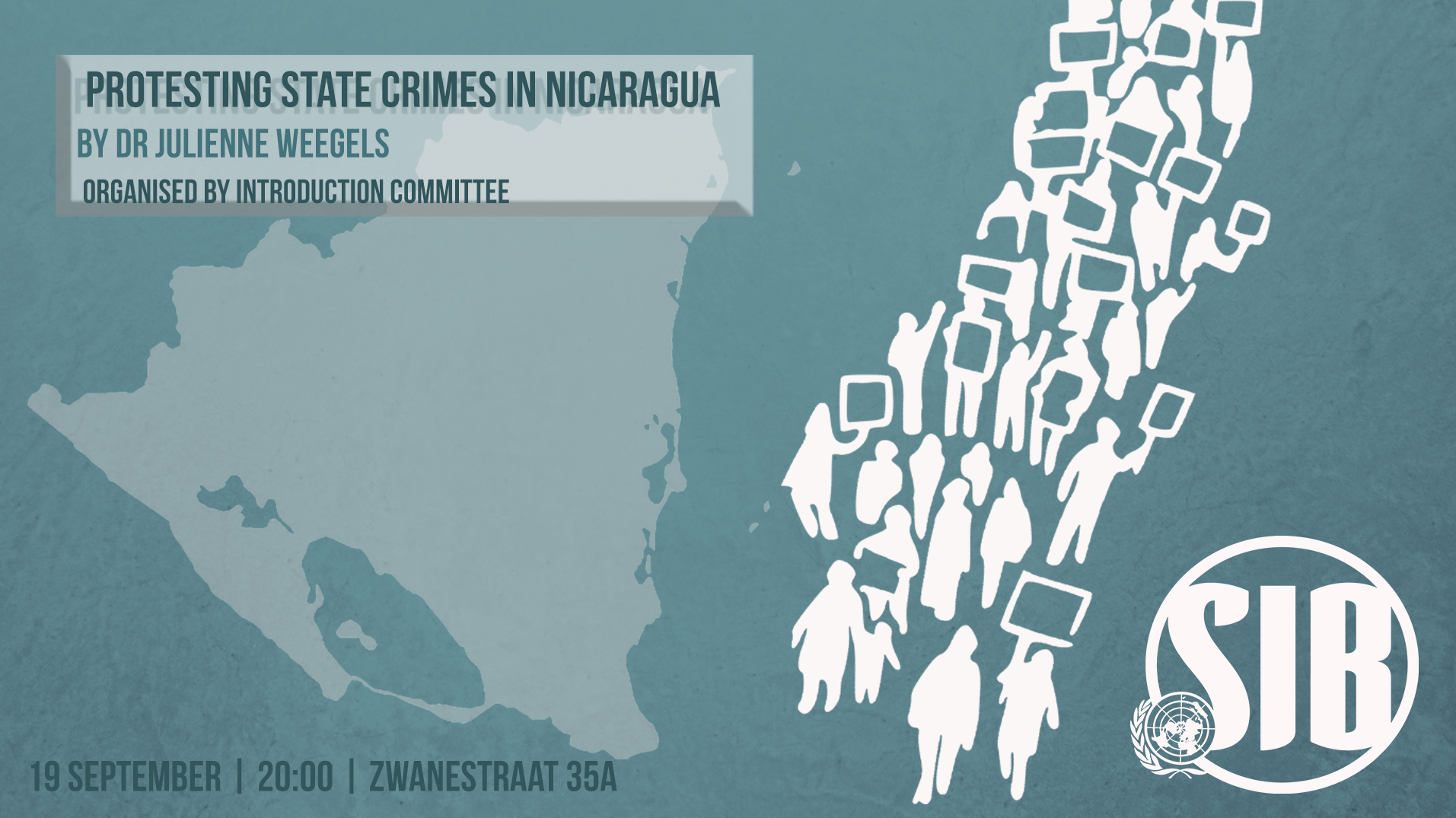 In 2018 many Nicaraguans protested against the social security reforms decreed by President Daniel Ortega that increased taxes and decreased benefits. A brutal crackdown by the National Police and heavily armed pro-government groups against protesters that lasted several months has left more than 300 people killed and more than 2,000 injured.

The speaker for this lecture Dr Julienne Weegels, an Assistant Professor of Latin American Studies from the University of Amsterdam has been working on a report in collaboration with ex-political prisoners for the UN Commission Against Torture. She will provide insights into the motivations and direct repression of the protest in 2018 as well as the structure of state violence in Nicaragua and the quest for justice.

Organized by the Introduction Committee.