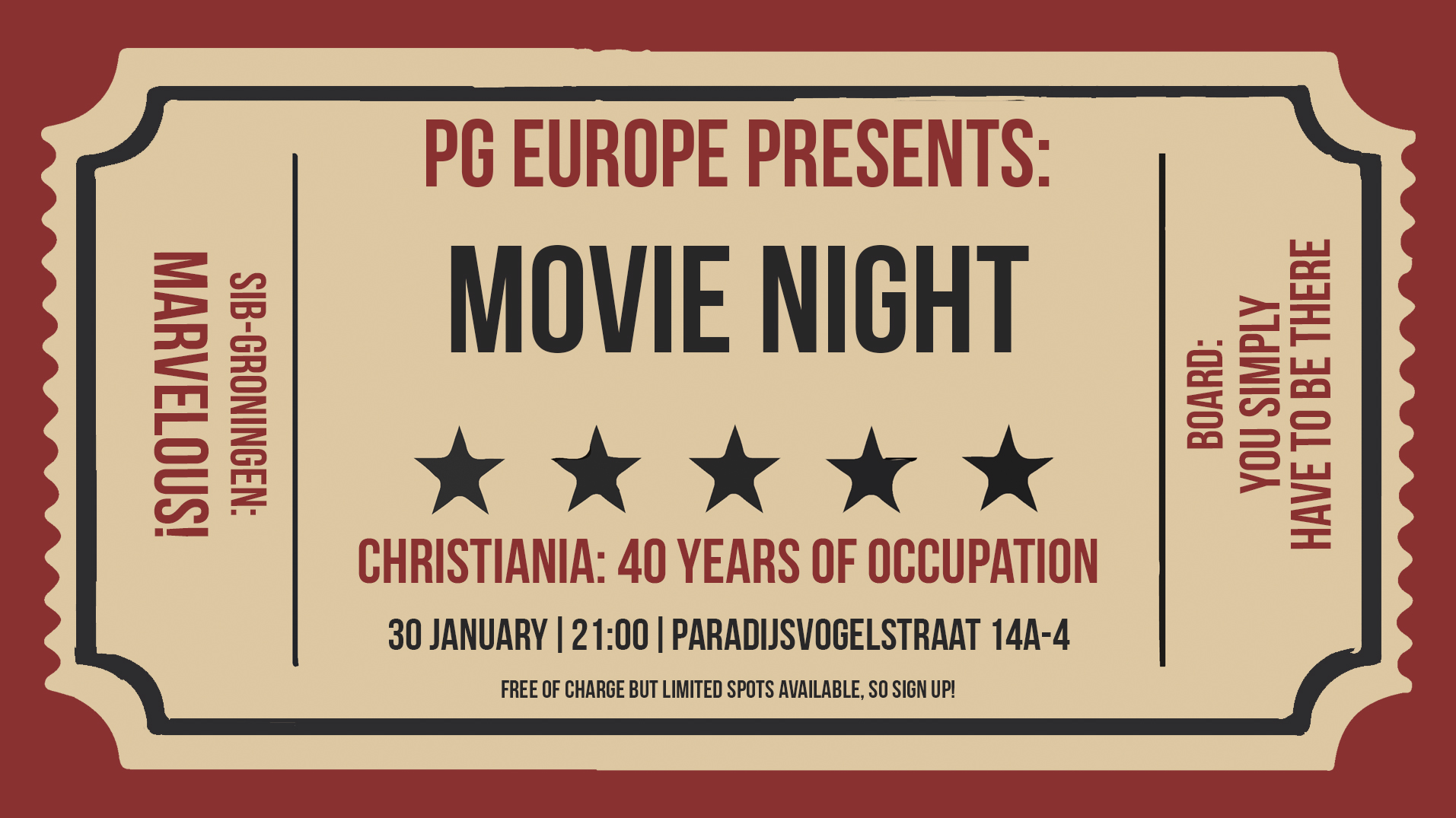 This year’s PG Europe trip will take us to Denmark’s capital Copenhagen. To get in the mood, we will watch the documentary Christiania: 40 years of occupation.

In 1971, hundreds of young people claimed the 85 acres of an abandoned military base in Copenhagen, Denmark. Finding it politically unpopular to evict the young settlers, the Danish government declared Christiania a ‘short-term social experiment.’ Following 40 years of tense relations with the government, much of it focusing on Christiania’s open hashish trade, Christiania is on its way towards becoming a legitimate, though still alternative and self-governed, community. But will legitimacy compromise their fundamental values? Christiania – 40 Years of Occupation explores this journey from the varied perspectives of longtime Christiania residents and government and police officials who have long argued the legality of Christiania’s occupation while viewing Christiania as a symbol of freedom that they both cherish and fear.