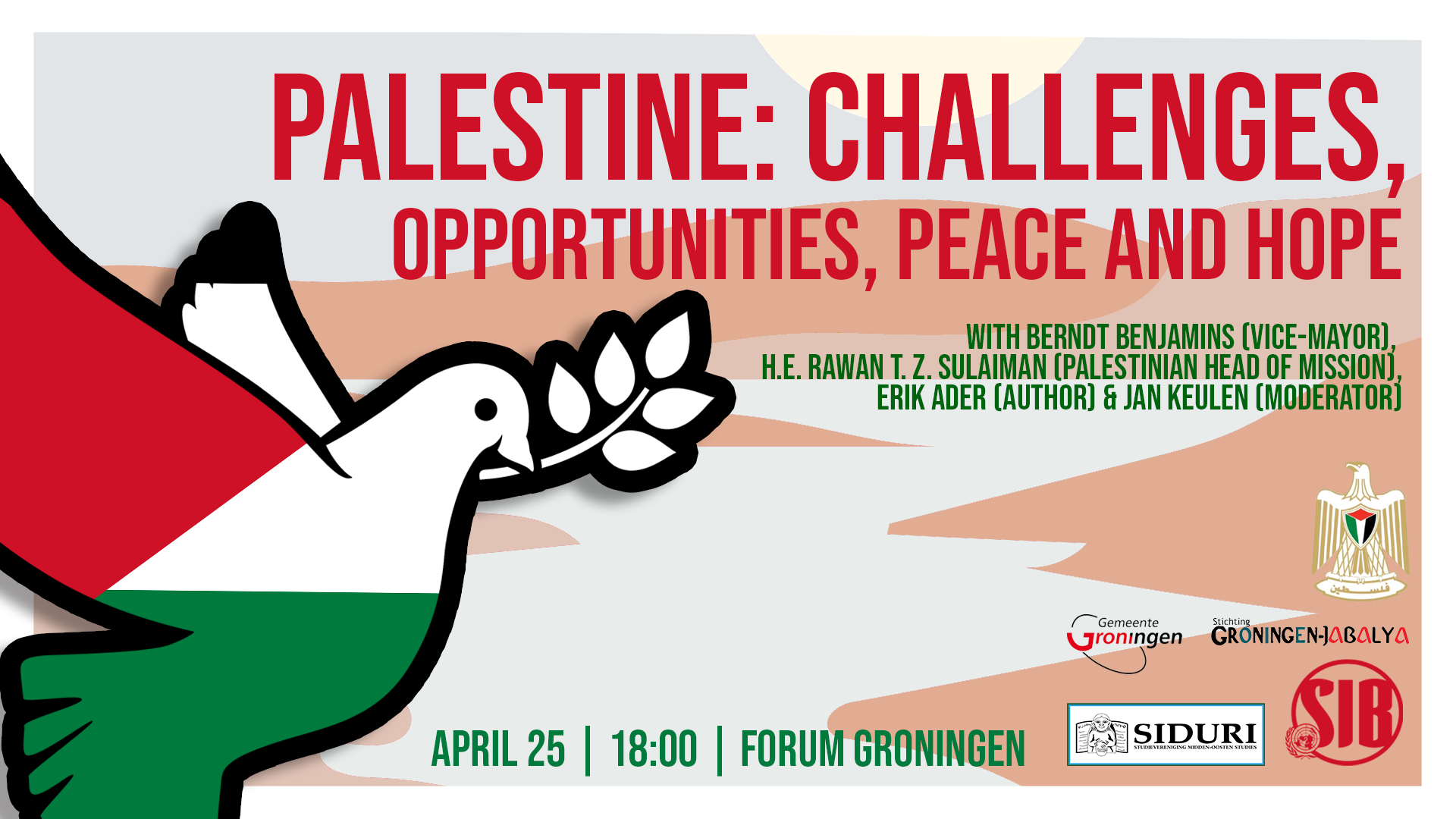 After the Oslo Accords, worldwide hope arose for peace between Israel and Palestine based on a two-state solution. Many initiatives were launched to support Palestinians in building a state; municipalities in the Netherlands, including Groningen, were willing to help Palestinian municipalities with technical and administrative know-how. Groningen focused on Jabalya’s youth policy and the construction of a youth centre. Where are we now twenty-nine years later? In collaboration with the municipality of Groningen, Siduri, Groningen-Jabalya Foundation and the Palestinian Mission to the Kingdom of the Netherlands, we invite you to an event to discuss the challenges and opportunities for peace and hope in Palestine. We have a lineup of speakers including:

Mr Berndt Benjamins, the vice-mayor of Groningen municipality, will talk about how cities can ensure security and what can they do for peacebuilding?

H.E. Rawan Sulaiman, Head of the Palestinian Mission in the Netherlands, will speak on the challenges and opportunities for peace and hope, the way forward and will answer questions from the participants.

Erik Ader, a former Dutch Ambassador, will talk about his book “Oorlogen & oceanen” (” Wars & oceans”).  His parents were honoured by Israel with monuments for their large scale activities to rescue Jewish compatriots during the war and from that background stems his ever deeper inquiry into the nature of the Israeli-Palestinian conflict. His book is an account of his experiences during his search for the facts behind the myths surrounding the conflict. Afterwards, he will be interviewed by Jan Keulen, a journalist who covered the Israeli-Palestinian conflict from Beirut, Cairo and Amman, for de Volkskrant and other media outlets.

Lastly, all the speakers will participate in a panel discussion where they will provide insights into what may happen next in Palestine as well as actively engage with questions from the audience. Tea, coffee and snacks will be included.