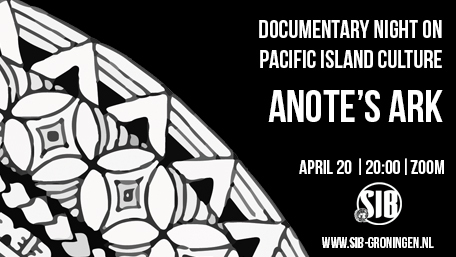 An abundance of nature and wildlife, overlooked by many, and yet heavily affected by climate change: those are the Pacific Islands. On this Monday, dispuut Eo Sensu had organised a lecture on Pacific Island Culture, to be given by Dr Tony Crook.

Dr Tony Crook is the director of research at the Social Anthropology department of the University of St Andrews. He is a senior lecturer at the Center of Pacific Studies of the same university, and has published widely on the perception of climate change and culture in the Pacific. Unfortunately, Dr Crook will not be able to join us in person on this Monday. He has, however, sent us a short message and supplies a number of resources on the topics of Pacific Island Culture and climate change on this page.

Nevertheless, on this Monday night, we will still take a closer look at the Pacific Islands and the cultural, as well as natural challenges they are facing.

After a short recorded presentation by Dr Tony Crook, we will watch the documentary Anote’s Ark, directed by Swiss director Matthieu Rytz. It is set in Kiribati, one of the islands most affected by the consequences of climate change. Focusing on president Anote Tong, the movie explores how the people of Kiribati adapt to the increasing challenges global warming brings, while trying to preserve their culture and traditions, and trying to raise awareness among the international community. Among others, Anote’s Ark won the Best Feature Award at the Philadelphia Environmental Film Festival in 2018, and has been screened at the international Movies that Matter Film Festival.

The screening will take place via zoom, you can join the call from 19:30 on Monday by clicking this link. You will first be directed to a so-called ‘waiting room’, after which it might take a couple of seconds until you are admitted to the actual event.