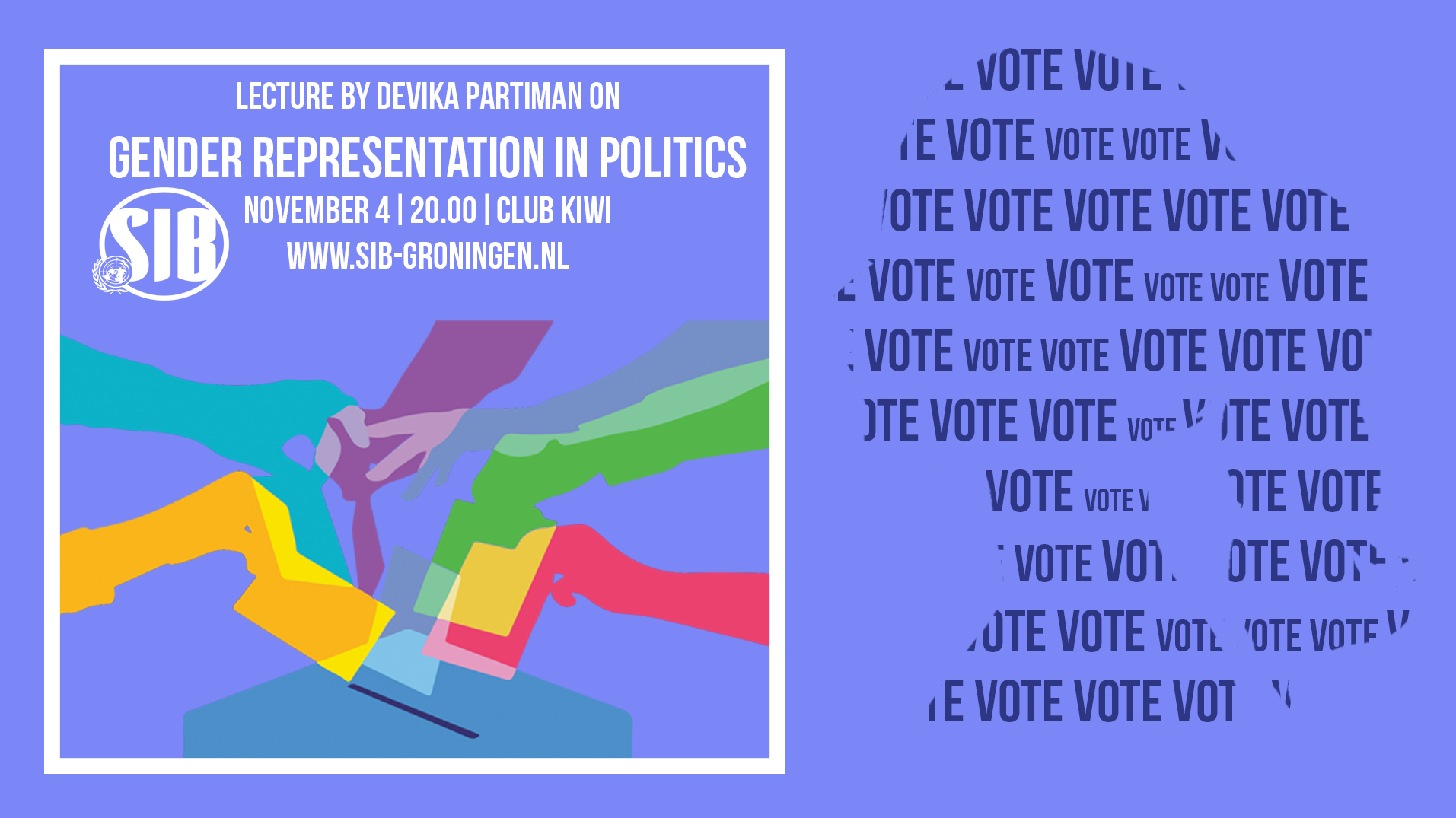 2019 marked the 100-year anniversary of universal suffrage in the Netherlands. While the right to vote and to be elected is now granted equally to women and men almost everywhere in the world, actual numbers regarding the representation of different genders in political positions tell a different story.  According to a UN Women statistic of February 2019, only 24.3% of national parliamentarians across the globe are female. The numbers for individual countries range from no female representation at all in Papua New Guinea to the world’s most successful example Rwanda, where over 60% of the national parliamentarians are female.

To talk to us about these questions and more, we will be joined by Devika Partiman. Being an activist and social entrepreneur, she is the founder and chair of the foundation Stem op een Vrouw (Vote for a Woman), an initiative directed to increasing the share and visibility of women in national politics. She is a frequent lecturer and trainer on diversity and inclusion. Additionally, she is a board member at  Nederland Wordt Beter, an NGO directed towards the education about Dutch colonial history. In 2019, she received the Ribbius Peletier Penning award of the Province Noord-Holland for her engagements.

During the lecture, Devika Partiman will elaborate on her personal motivation to become an activist, the work and successes of Stem op een Vrouw, but also how important equal representation is, not only in present-day parliaments, but also in our way of telling history.