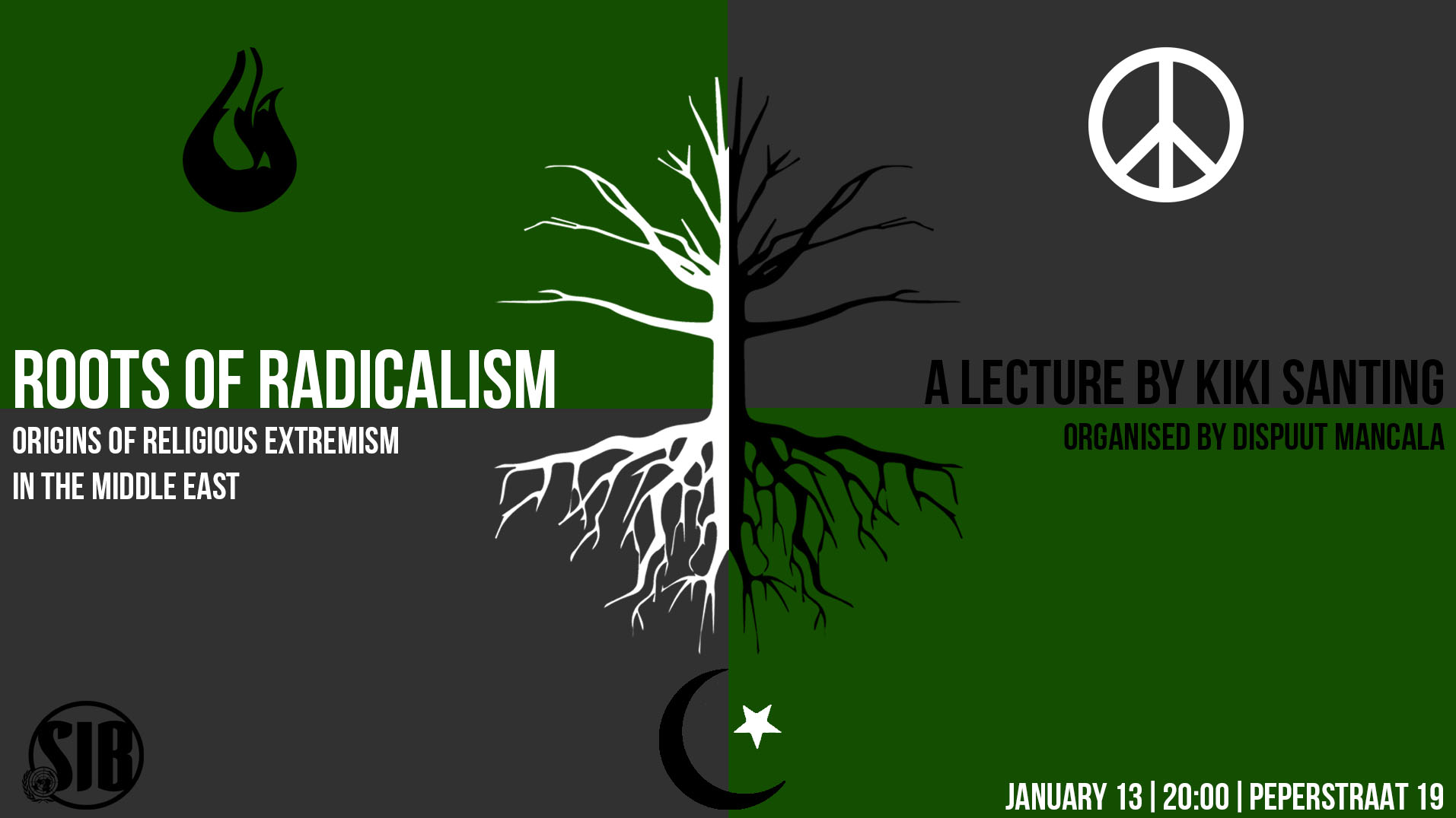 The history of radical religious groups around the world goes back centuries, and is nevertheless a current topic. Just in October 2019, the death of Abu Bakr al-Baghdadi, leader of the terrorist organisation ISIS, brought the international spotlight on Islamic fundamentalist terror groups again to the Middle East. Groups such as ISIS and Al-Qaeda, claiming to fight a war in the name of Islam and in the ‘Western world’ commonly labelled as ‘jihadists’, have been active in the region for decades.

However, also aside from this, religion remains an important aspect of social and political life throughout the Middle East and Northern Africa. The rise and fall of the Muslim Brotherhood in Egypt almost a decade ago, the support for Muslim Brotherhood affiliated organisations by other countries in the region such as Turkey, and the conflict of interest between different parties intervening in Libya, can all seemingly be drawn back to issues of nationalism and religion.

For this Monday’s lecture, we will be joined by Dr Kiki Santing to take a closer look at the underlying factors behind current Islamic fundamentalism. Dr Kiki Santing is an assistant professor of Middle Eastern Studies at the University of Groningen. Her research focuses on Islamic journals and media from the Sadat-Mubarak era, with a focus on the Muslim Brotherhood. Furthermore, she is a Member of the Scientific Advisory Board of the Netherlands-Flemish Institute in Cairo and a Senior Member at the Netherlands Interuniversity School for Islamic Studies.

Her lecture will focus on one of the key figures in the contemporary debate on Islamic fundamentalism: Sayyid Qutb (d. 1966). Qutb was an important source of inspiration for leading figures in the field of jihadism such as Osama bin Laden and Abu Bakr al-Baghdadi and his legacy lives on to this day. Who was this Egyptian thinker, who rose from the ranks of the Egyptian Muslim Brotherhood and sparked off a heated debate within the field of Islamism on matters such as the use of violence and whom to regard as infidels and whom as good Muslims– matters that remain unsolved and highly disputed up to this day? What are the political and social implications of this ideology for the Middle East and North Africa today?

This lecture is organised by dispuut Mancala. It is free and open to everyone.