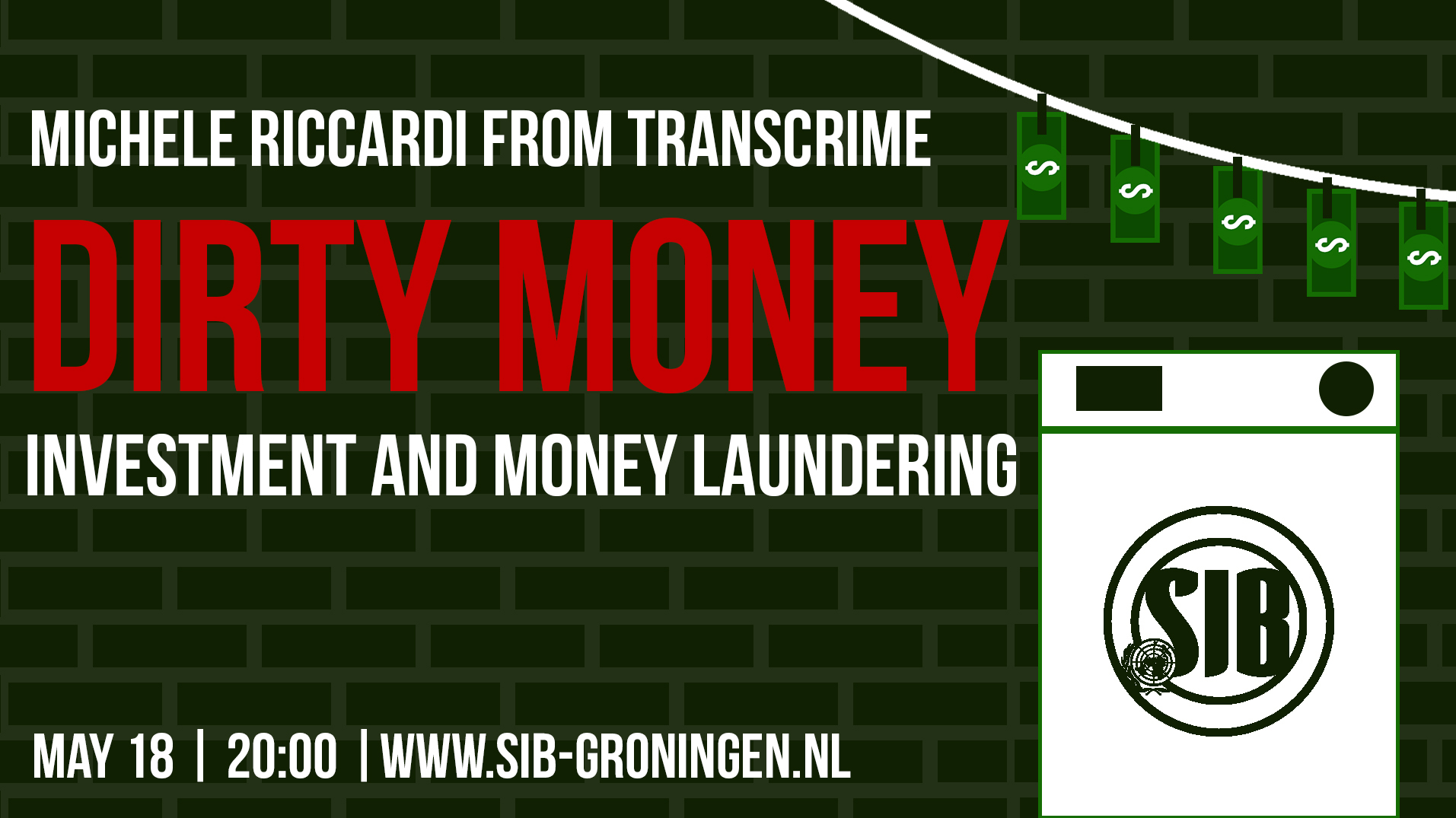 On this Monday, we will be have another lecture organised by the Activities Committee!

Money laundering is commonly used to disguise the illegal origin of money generated through a criminal offense, and is a popular mechanism for organised criminal groups such as the Mafia. The United Nations Office on Drugs and Crime estimates that between €715 billion and €1.87 trillion, corresponding to two to five per cent of the global GDP are money laundered each year. Money laundering itself has been criminalised, however, finding the sources and following the traces of money constitutes a challenge.

Which role do money laundering and investment play specifically in context of the Italian Mafia? What are the most effective ways to combat it?

Michele Riccardi is a senior researcher at Transcrime, the Joint Research Center on Transnational Crime, and adjunct professor of Business Economics at the Università Cattolica del Sacro Cuore in Milan. Among other things, his research focuses on financial crime, money laundering, and criminal infiltration in the legal economy.

This lecture is organised by the Activities Committee and is free and open to everyone.

The event will take place via zoom, you can join from 19:45 onwards via this link.
The lecture will also be livestreamed on facebook, as well as SIB-Groningen’s youtube channel.