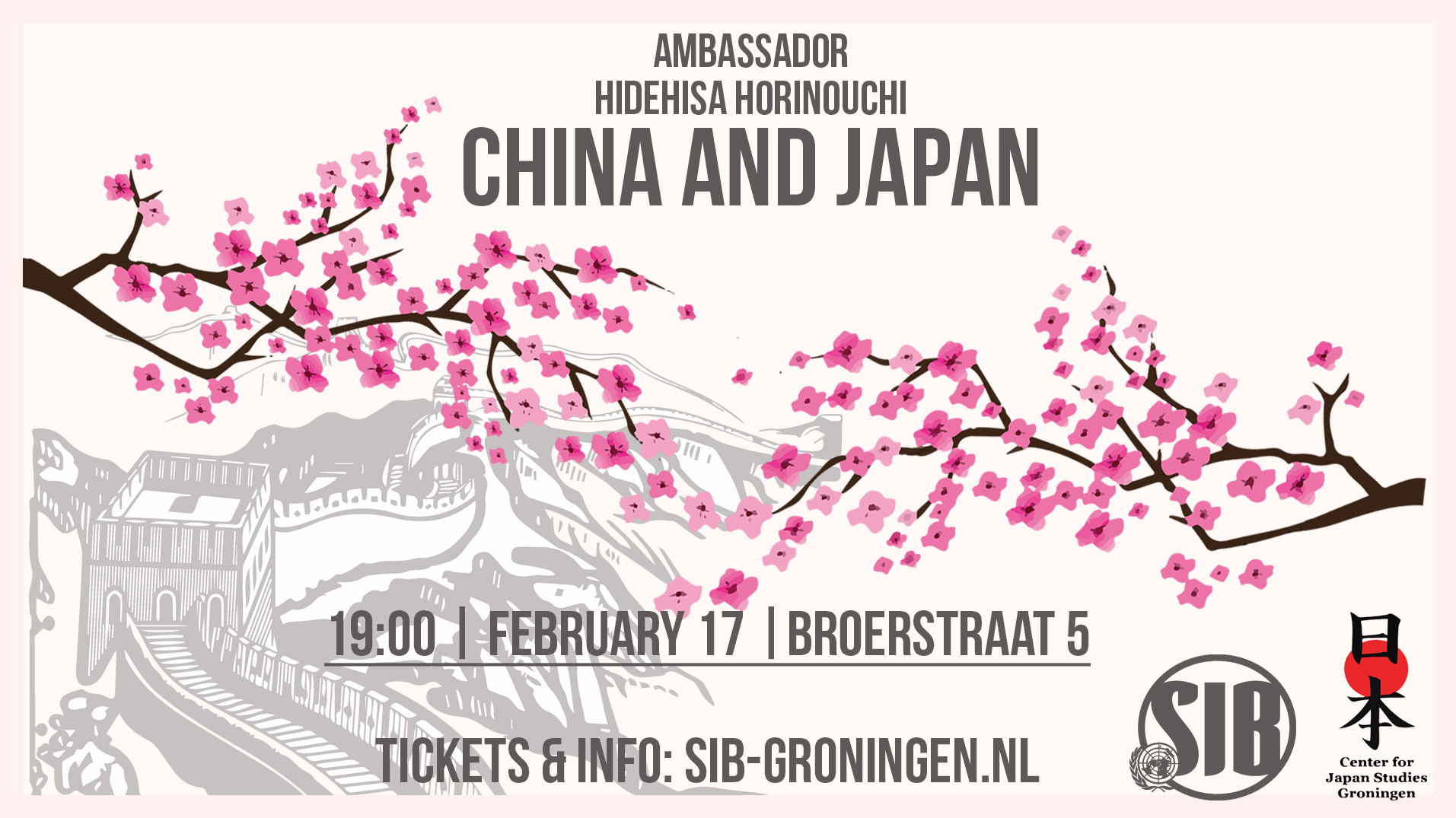 Lecture by the Japanese Ambassador: China and Japan

On this Monday, we will be joined by the new Japanese Ambassador to the Netherlands, His Excellency Mr Hidehisa Horinouchi.

During the lecture, the Ambassador will focus on Chinese-Japanese relations.

The bilateral relation between China and Japan is of crucial importance for the countries involved, East Asia and the world at large. Mr Horinouchi will discuss the relations between Japan and China in a historical perspective, point to the current state of affairs, friendship between the two countries and discuss prospects for the future.

It is a wonderful opportunity to hear about this important matter from Ambassador Horinouchi, who has studied and worked in both Japan and China, and after entering the Foreign Service of Japan, has, among others, held diplomatic posts in China and the United States. Since September 15, 2019 he now holds the position of Ambassador to the Netherlands.

The event will begin at 19.00 and takes place in the Aula of the University of Groningen, Broerstraat 5.

The event is organised in collaboration with the Centre for Japan Studies. It is free and open to everyone, but registration is required. To sign up, please send an email stating your full name and intention to come to commintellectual@sib-groningen.nl or fill in this Google form before February 9.