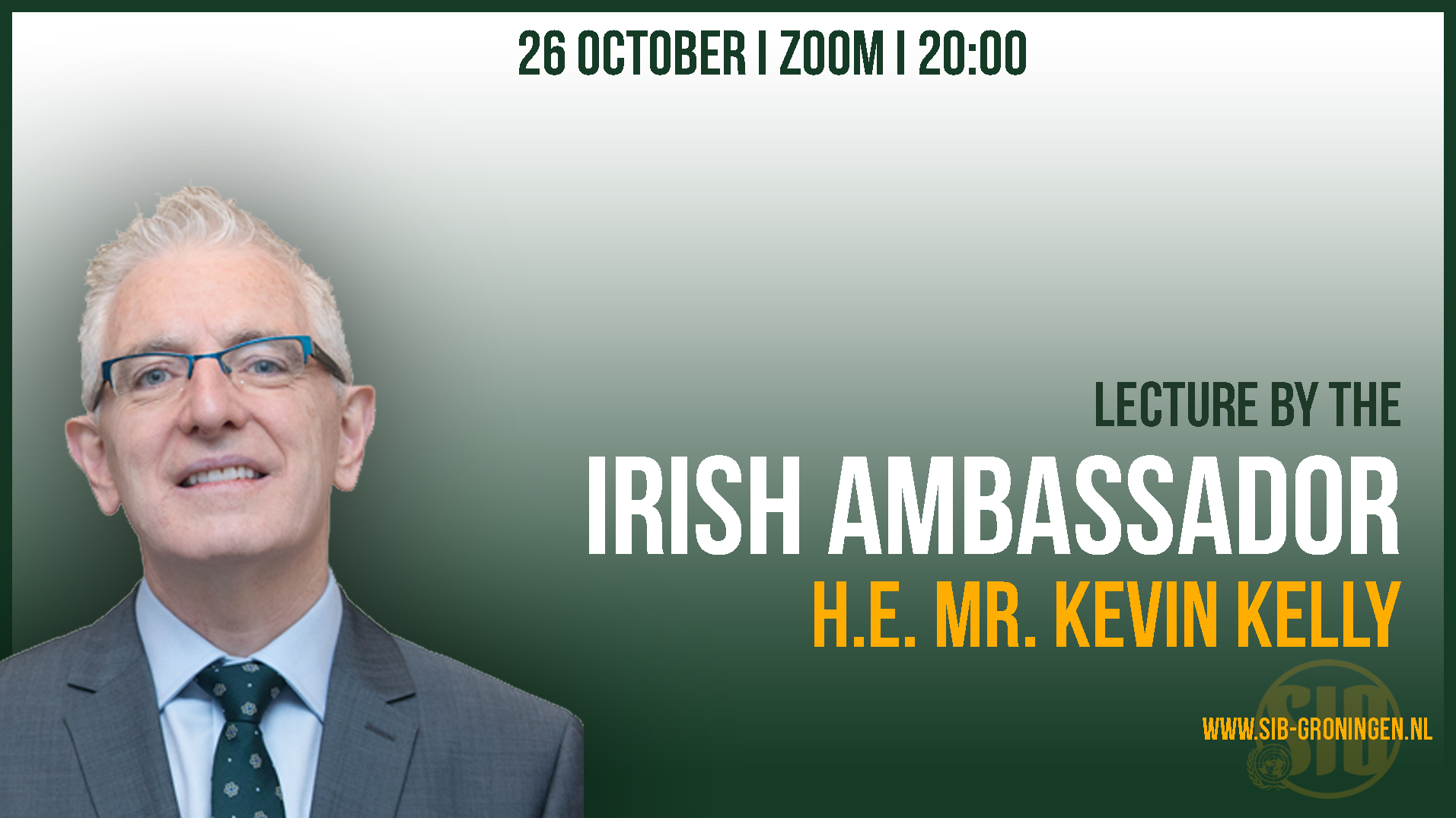 Lecture by the Irish Ambassador

The world is changing rapidly, no only are we facing the impact of climate change in the grand scheme of things, but political revolutions also loom, as the final Brexit deadline is fast approaching, and the upcoming American elections will determine the course of global affairs for the next 4 years. Yet, in these tumultuous times, Ireland seems to be braving the storm. Despite facing struggles with the Northern Irish Border and the flare up of internal political divisions, Ireland’s ties to the EU remain strong, and Irish diplomacy upholds her interests. In this upcoming lecture we will get to know the perspectives on such matters of His Excellency, Ambassador of Ireland to the Netherlands, Kevin Kelly.

With a diverse political experience and much impressive experience, Ambassador Kelly should be able to answer any of your curiosities with regards to Ireland’s foreign policy.

The lecture and Q&A will take place via zoom and is free and open for everybody. If you can’t attend on Zoom, it will also be livestreamed on SIB-Groningen’s facebook page and youtube channel.