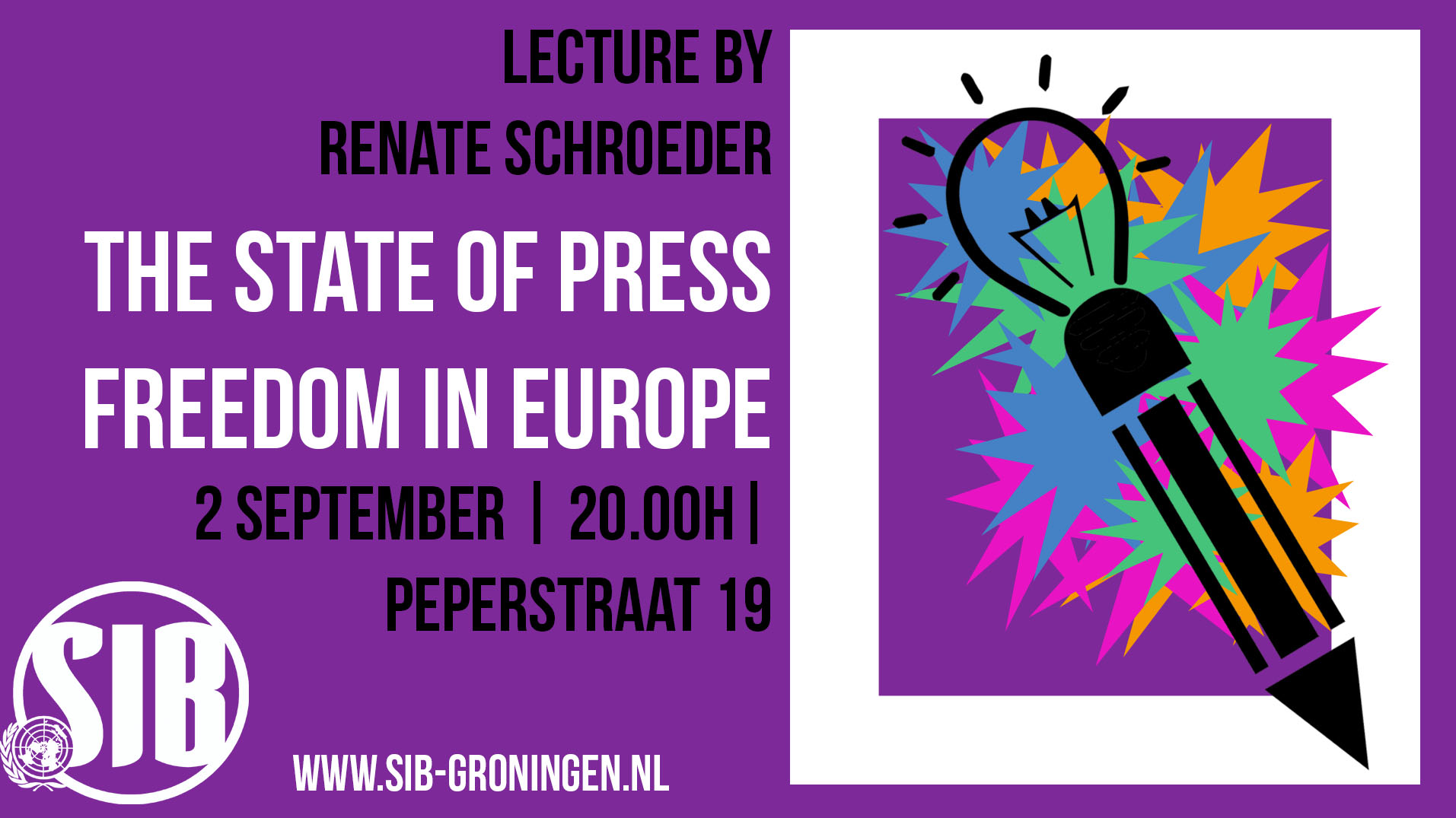 Lecture by Director Renate Schroeder of the European Federation of Journalists

On Monday, September 2nd, we will welcome Renate Schroeder of the European Federation of Journalists to speak on the future of Press Freedom in Europe.

The freedom of journalists to question and publish critically about a situation is often seen as one of the fundamental aspects of a well-functioning democracy. According to Reporters Without Borders, the existence of press freedom can be established by the presence of a pluralistic and independent media, transparency, a strong legislative framework and a high quality infrastructure supporting the production of news and information.

While still being declared the ‘freest’ continent for journalists and media representatives to work in, rankings of European countries have been falling on the annually published World Press Freedom Index. Reasons cited are the growing use of hostile rhetoric against journalists and the increase of violence against media representatives. Since the 2015 attacks on the French magazine Charlie Hebdo, the EU has taken some legal measures to enhance the protection of journalists, however, these have been widely criticized of not being implemented sufficiently.

Talking to us about these developments, as well as the possible future of press freedom in the EU will be Renate Schroeder, director of the European Federation of Journalists (EFJ). Representing over 320,000 journalists across 45 countries, the EFJ is the largest organisation of journalists in Europe. Renate Schroeder has a degree in International Relations from the Freie Universität Berlin.

This event is free and open to everyone.