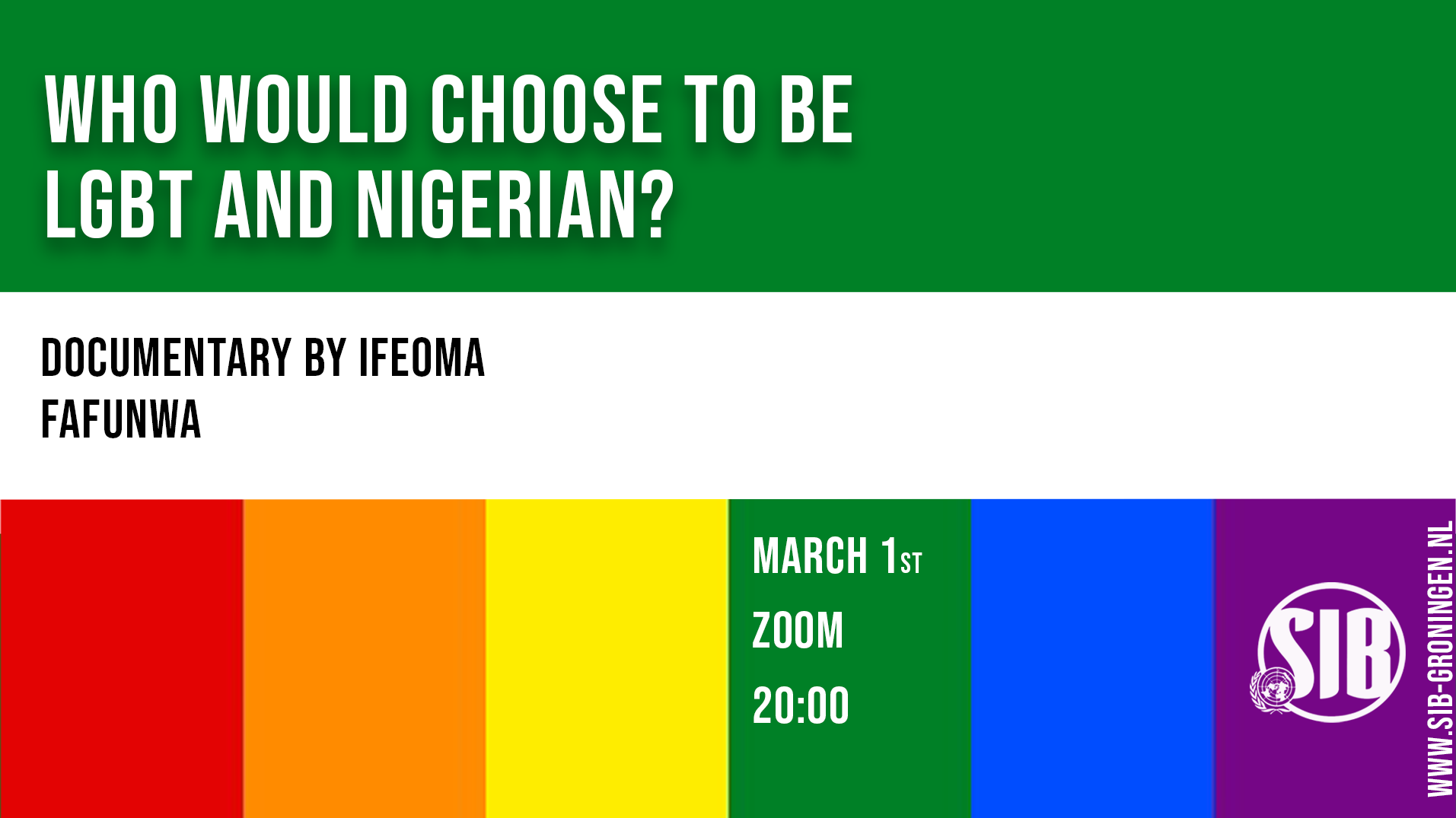 Documentary: Who would choose to be LGBT and Nigerian? By Ifeoma Fafunwa

Come join us on Monday evening for the documentary “Who would choose to be LGBT and Nigerian?” by Ifeoma Fafunwa. Ifeoma Fafunwa is a Nigerian playwright and the founder and creative director of iOpenEye, which is a production company for performance art.

In 2014, the Same-Sex Marriage (Prohibition) Bill was passed in Nigeria which stipulated that being in a gay relationship can lead to a 14-year prison sentence. As Ifeoma Fafunwa tells in her lecture, 90% of Nigerians are in favour of this piece of legislation and 86% of Nigerians think the country will be better off without members of the LGBTQIA+ community. In the North of the country, various provinces have incorporated parts of Shari’a law into their legislation and even stipulate that stoning to death is allowed as punishment for “the offense of sodomy”.
Currently, none of the large political parties in the country endorse LGBTQIA+ rights, so it is unlikely that the situation will change soon. Despite this, there are of course many members of the LGBTQIA+ community living in Nigeria who are risking their life and freedom every day.

In her documentary, Ifeoma Fafunwa discusses how her fellow countrymen and women view LGBT rights starting with the question “Who would choose to be LGBT in Nigerian?” Through personal anecdotes, research findings, and a short interview with regular people in the street in Nigeria she discusses both the facts and others and her own opinions on the subject.