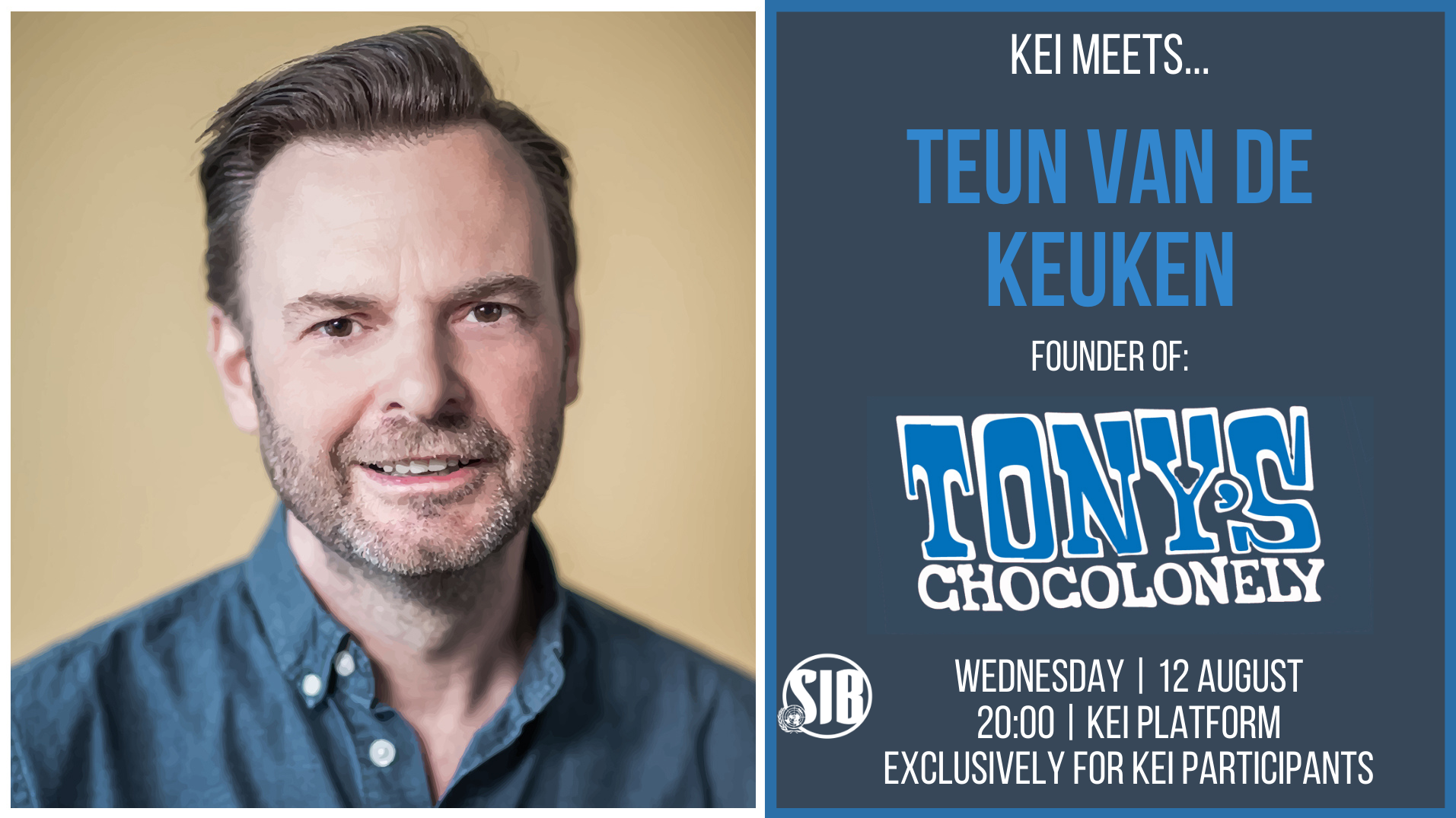 On three evenings during the KEI Week, you have the chance to listen to and ask your own questions during a live interview published on the KEI platform. On this Wednesday, SIB has organised the guest – Teun van de Keuken, founder of the Fairtrade chocolate
brand Tony’s Chocolonely.

Teun van de Keuken is a Dutch journalist, columnist, television and radio producer. He is also the founder of Tony’s Chocolonely, one of the most popular fairtrade chocolate brands in the Netherlands, aiming to produce chocolate 100% free of slavery. The idea for Tony’s Chocolonely originated in an investigation with Teun van de Keuken’s television programme Keuringsdienst van Waarde. In this TV show, journalists uncover some of the dark secrets behind the production of food and other goods. Also in his other TV shows such as De Monitor and De Slag om de Klerewereld, Teun van de Keuken is committed to investigate and reveal deplorable states of affairs surrounding industries and the Netherlands. As a writer and columnist, Teun van de Keuken publishes a weekly column in the Dutch newspaper De Volkskrant and has published three books so far. His latest book The supermarket survival guide gives practical tips on how to survive in the jungle of supermarkets.

Wilbert van de Kamp will interview Mr van de Keuken on the impact of social entrepreneurship, his career and how one comes up with the idea of becoming a ‘chocolate criminal’. Next to the questions asked by the interviewer, the audience is encouraged to ask their own questions via the KEI platform.

The event is open to KEI participants and KEI leaders only. To join, you need to sign in to the KEI platform.