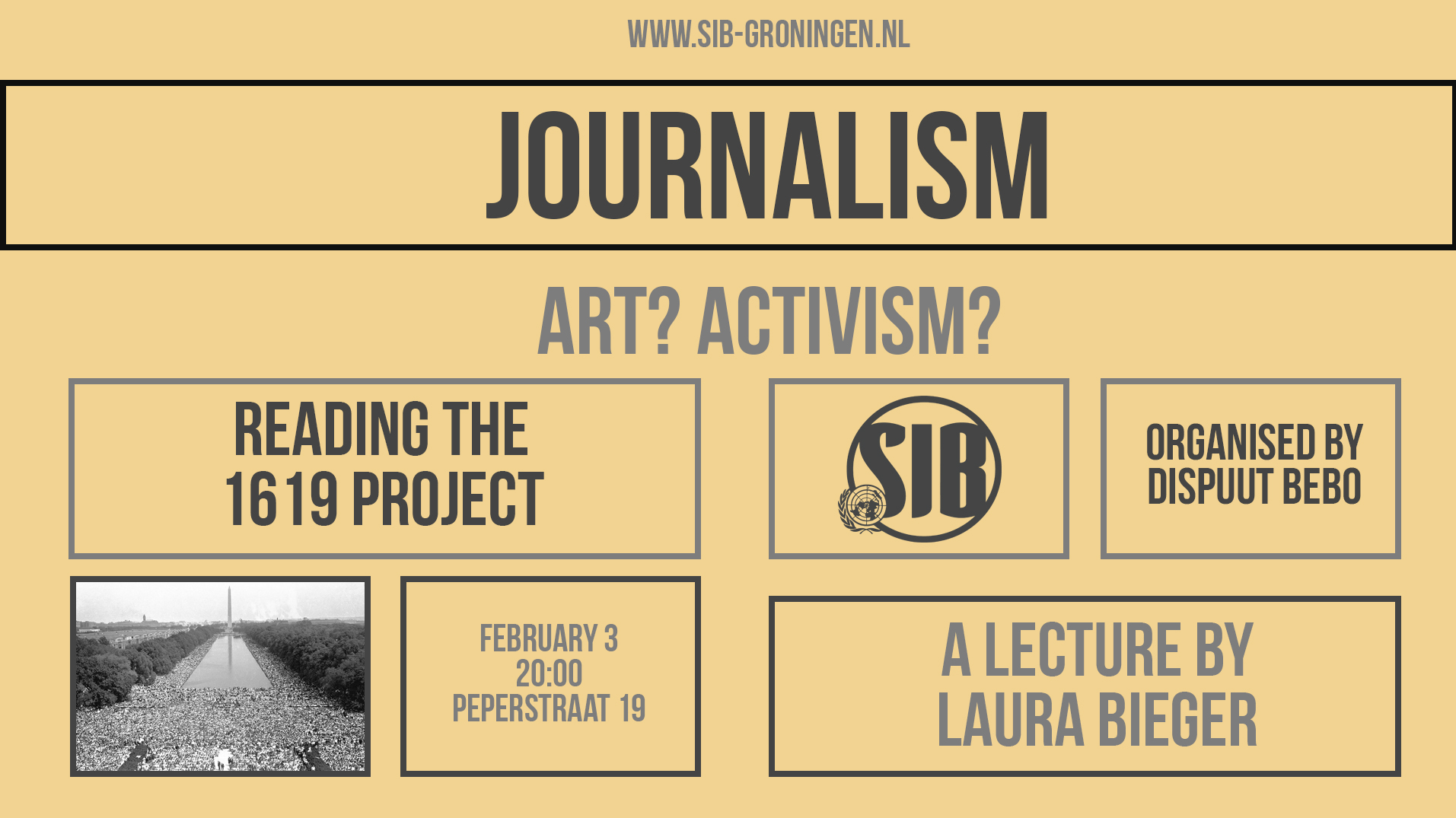 In 2019, The New York Times launched The 1619 Project, an ongoing, multimedia initiative to commemorate the arrival of the first enslaved Africans in America in August 1619. It seeks to reckon with the impact of slavery on U.S. culture and society, and put the stories of black Americans at the centre of telling the country’s history. Its launch was a media event, and its goal is to re-frame American history can be defined as activist. It uses textual, visual and audio content, produced by predominantly African American scholars, artists, and journalists, published in print, online and in the form of a podcast to achieve its goal. The 1619 Project includes literary and visual art, but it is a not a work of art. It is a work of journalism that uses art—above all the art of the essay.

Which effects do multimedia projects like The 1619 Project have on shaping public perception of history? Is it necessary to label them? Are they more or less effective than interventions using only one particular medium?

Laura Bieger is a  Professor of American Studies, Political Theory and Culture at the University of Groningen, where she co-directs the Research Center for Democratic Culture and Politics. She is the author of Belonging and Narrative (2018), which considers the need to belong as a driving force of literary production and the novel as a primary place and home-making agent. In another book, Ästhetik der Immersion (2007), she examines public spaces from Washington DC to the Las Vegas Strip that turn world-image-relations into immersive spectacles. Her essays have appeared in New Literary History, Narrative, Studies in American Naturalism, Amerikastudien/American Studies and ZAA. Her current research explores ‘reading publics’ as a democratic institution and ‘engaged literature’ as a tool for social change.

The lecture is organised by dispuut Bebo. It is free and open to everyone.