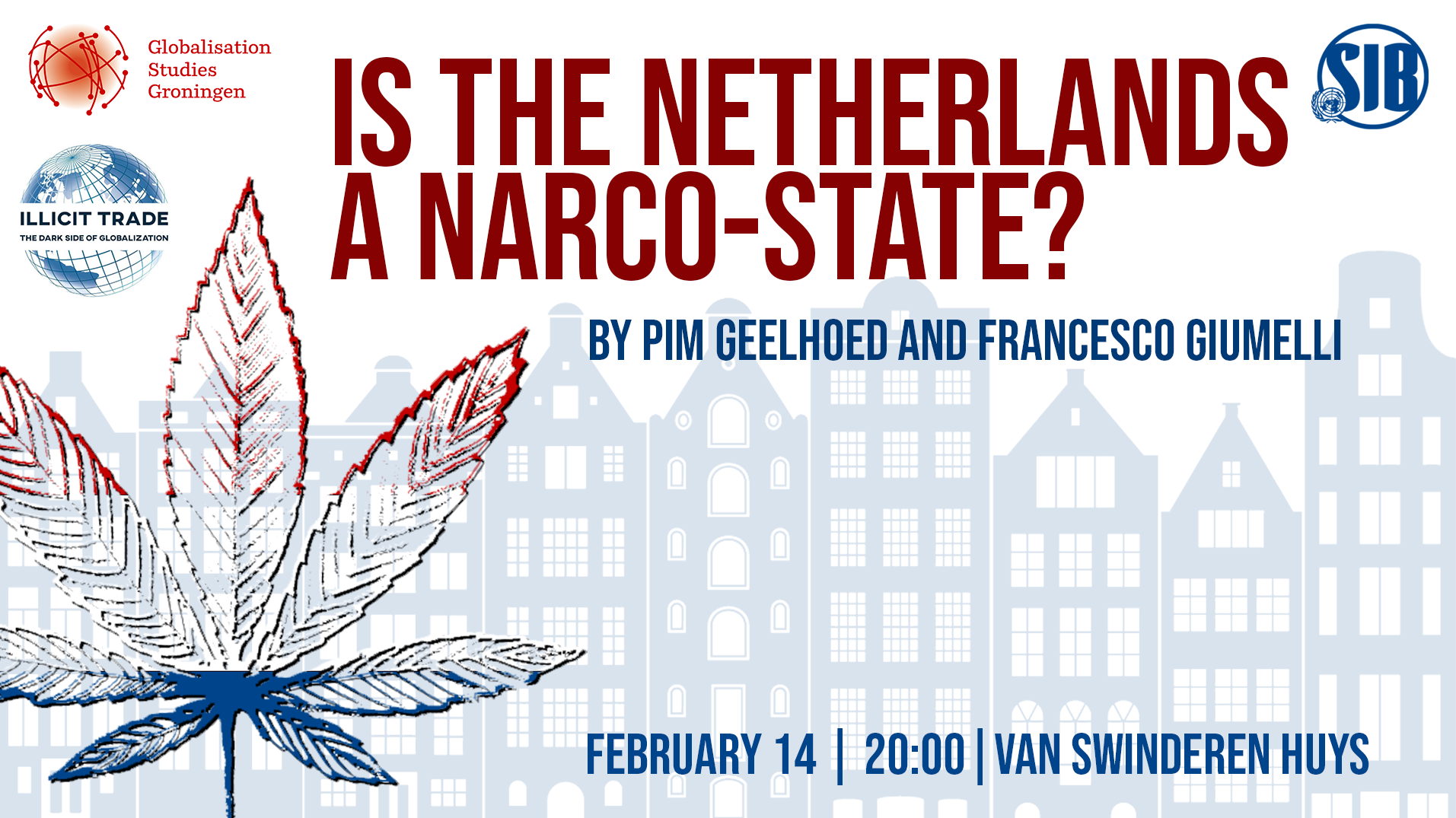 “Is the Netherlands a narco-state?” By Pim Geelhoed and Francesco Giumelli

A narco-state is a country whose economy is dependent on the trade of illegal drugs. Although the Dutch economy is not currently defined as a narco-state, it is an illicit market that has an increasing influence on its society. The Netherlands has been described as a central hub for the global drug market due to its many transit ports and the large number of synthetic drugs being produced in the country and distributed around the world. A tolerant approach towards drug use and its low penalties for drug-related crimes have contributed to the country’s position as a top producer for drugs. In collaboration with Globalisation Studies Groningen, we invited Dr Francesco Giumelli and Dr Pim Geelhoed from the Illicit Trade group who will provide insights into The Netherlands as a narcos state as well as the legal aspects of it. You can find their bio here.

There are limited places for this event, so make sure to be there early as it will be first come, first serve. It is mandatory to wear a face mask and show a valid QR code and ID for this event.