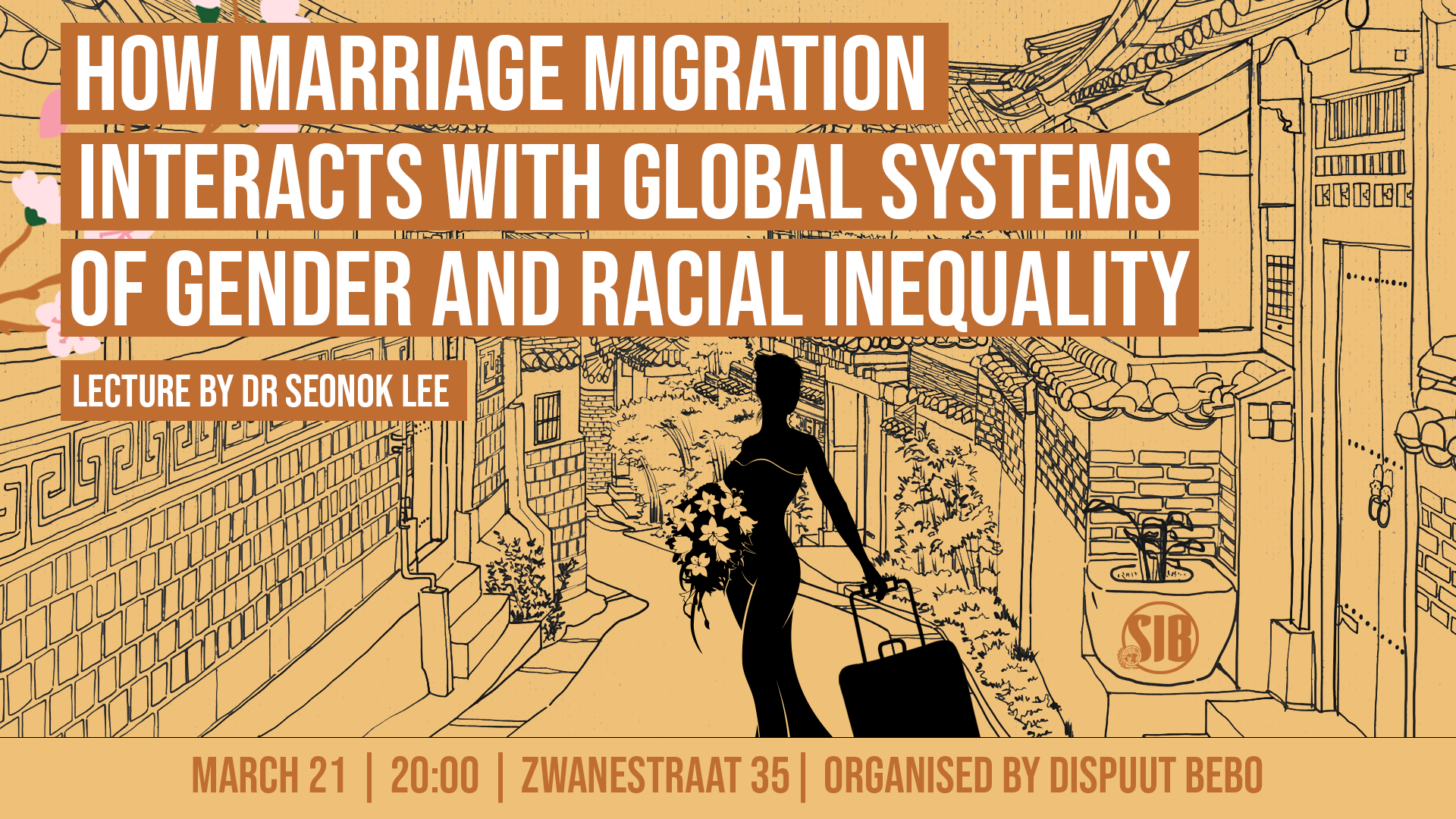 “How marriage migration interacts with global systems of gender and racial inequality: The case of South Korea” Lecture by Dr Seonok Lee

Join this event →
This Korean case study shows a prime example for studying how marriage migration interacts with global systems of gender and racial inequality in relation to contemporary economic (mostly marriage and labour) migration in East Asian countries, where the concept of ‘race’ and the ideology of racism has rarely been examined.
South Korea is known as one of the most ethnically and racially homogenous countries in the world. However, since the early and mid-1990s a rapidly growing marriage immigrant and foreign migrant worker population from neighbouring Asian countries, such as China, Vietnam, the Philippines, Cambodia, Mongolia, Pakistan, Bangladesh, and Japan has led to an increased awareness that South Korea is becoming more ethnically and racially diverse. In response to the dramatically growing numbers of marriage immigrants, the South Korean government has supported multicultural integration programs for marriage immigrants through Multicultural Family Support Centres. Yet a closer look at who the multicultural activities are geared towards, and what they actually entail, reveals that the South Korean government supports the integration of foreign brides, but not of foreign husbands. We thus need to take into account two interrelated factors: (1) Korea’s new position as a migrant-receiving country, and (2) patriarchy as a system of organising gender and migration flows.
In this talk, the speaker, Dr Seonok Lee will examine the everyday life experiences of two categories of marriage immigrants in South Korea: foreign brides and foreign husbands from South and Southeast Asian countries. Drawing upon ethnographic research, Dr Lee argues that the racialization of these immigrants plays a central role in reproducing the gendered family structures. In this gendered racialization process, patriarchal gender roles are emphasised for foreign brides in order to minimise racial differences, while racial differences are emphasised for foreign husbands in order to exclude them from the national community.
This lecture has been organised by dispuut Bebo.