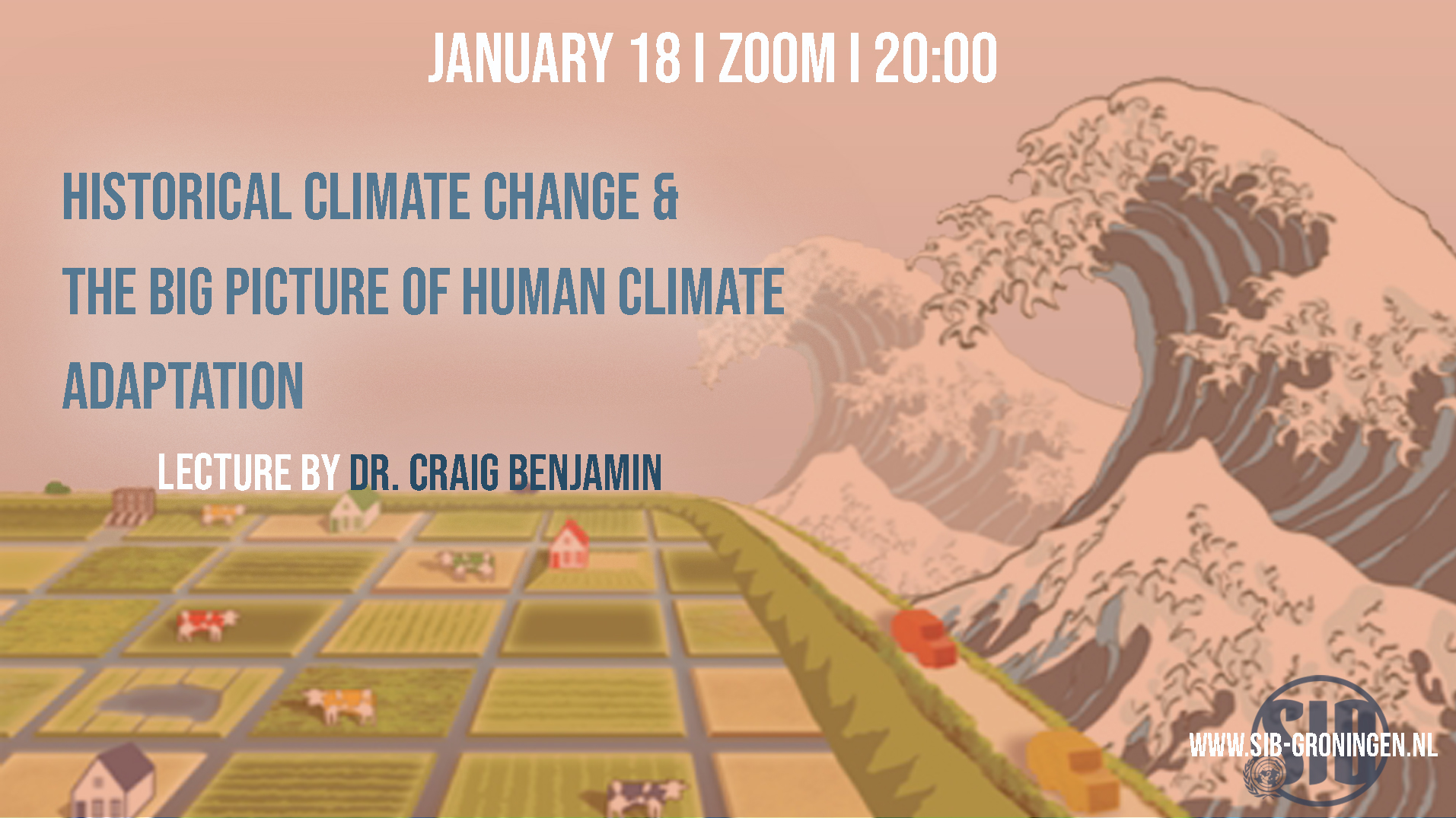 The history of life on Earth is closely linked to the history of its climate. Over the almost 4 billion years of life on this planet, populations have risen and fallen along with temperatures and evolved through 5 major extinction events. However, these prehistorical disasters have taken place at a far slower pace than the ongoing Holocene extinction event.

Just as us humans have accelerated our advancement beyond any pace possible by evolution alone, our impact on our environment has grown incrementally. Where global temperatures once fluctuated at a pace of thousands of years, it has now already shifted several degrees in decades. The question is whether our great capacity for learning will allow us to adapt to a new normal faster than the species which now comprise our fossil record.

Previously in October we started answering this question by hosting a symposium on potential options for future climate adaptation. Having learned that there are several options to adjust our behaviour according to changes in the global climate, the question is whether we will be able to implement suggested policies.

To answer that question we have invited Dr. Craig Benjamin to explain the big picture of climate adaptation, hoping that understanding history will give some insight as to the future of our humanity.

Dr. Benjamin is a professor of history in the Frederik J. Meijer Honors College at Grand Valley State University, where he teaches courses on the History of Eurasian Civilizations and Big History. He was a professional musician for 25 years in his native Australia before gaining his PhD from Macquarie University in Sydney and taking up an academic career.

Professor Benjamin has been an officer of the World History Association and the International Big History Association, as well as a consultant for The College Board of the SAT World History Subject Committee and the Advanced Placement World History Development Committee. He has also received several awards for teaching, including the 2009 Student Award for Faculty Excellence from the GVSU Student Senate. He is the author of numerous articles and books, including Big History: Between Nothing and Everything.

We hope you will join us for Dr. Benjamin’s lecture, and have some questions prepared for the subsequent Q&A.

Join us on Zoom from 19.45 onwards Watch the youtube livestream starting at 8

The lecture and Q&A will last until 9:30 pm, after which we will take a short break before splitting into small groups to share some drinks and discuss the topics of the talk.