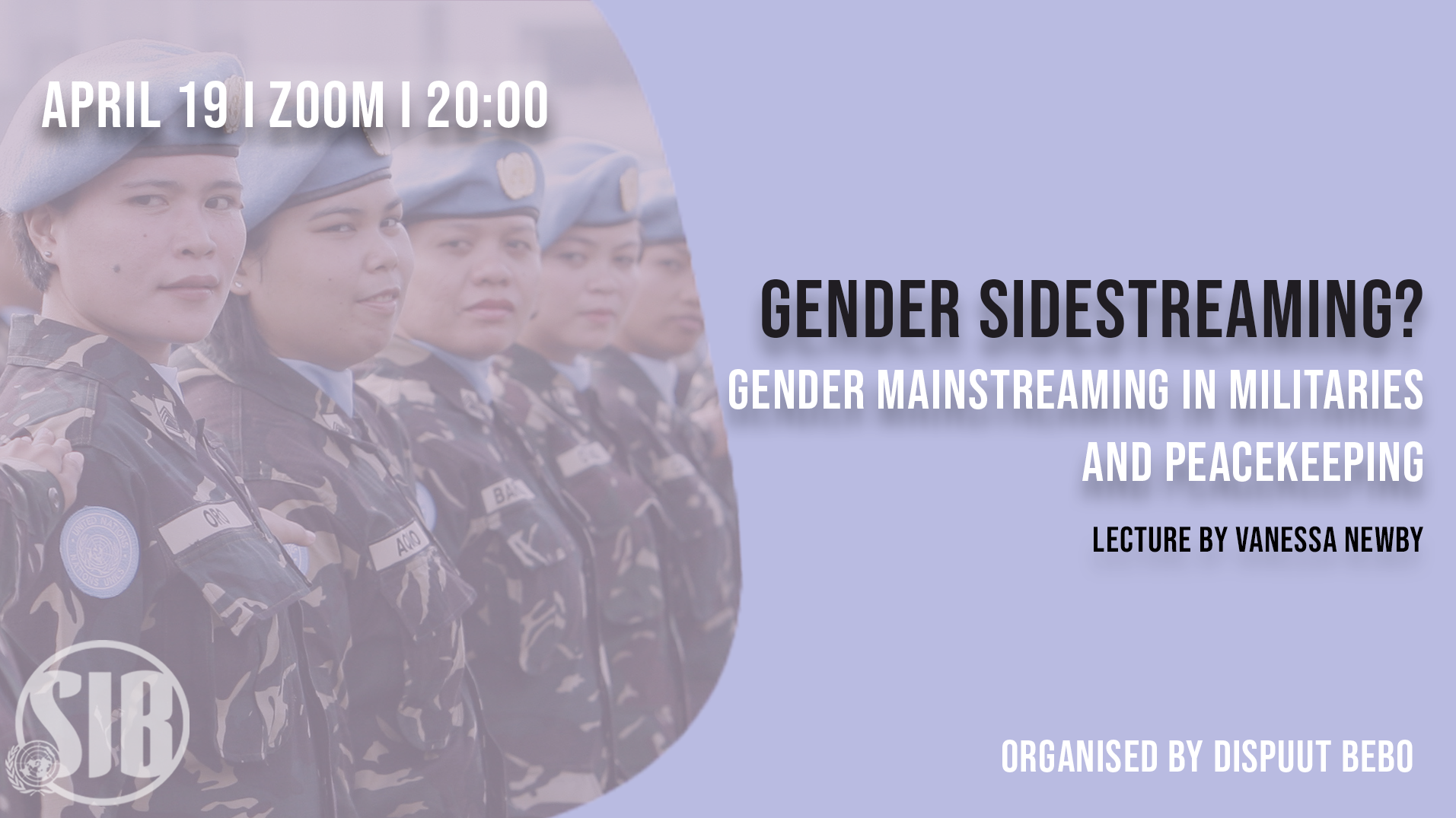 Twenty years after the passing of Resolution 1325, the participation of women as military personnel in peacekeeping operations remains limited. Women currently comprise just under five per cent of military personnel in UN peacekeeping missions, and the UN consistently calls for more. We contend the low numbers of female military personnel in peacekeeping reflects a lack of gender mainstreaming in national militaries globally. This lecture introduces the problem of side streaming, the practice, deliberate or unintentional, of sidelining women and relegating them to specialised spaces in international peace and security while attempting gender mainstreaming or increased gender integration. Drawing on empirical evidence from national militaries we show how and where side streaming occurs with the result being that women remain clustered in gendered and low-status spaces in national militaries and in specialised spaces in peacekeeping operations. This has a negative effect on retention and recruitment contributing to the low numbers of female peacekeepers in UN peace operations. Gender mainstreaming in its fullest sense will require military reform that decouples violence and combat skills from masculinity and inclusive research strategies that engage men as well as women.

Vanessa Newby is an Assistant Professor at Leiden University with the Faculty of Governance and Global Affairs and the Institute of Security and Global Affairs. Vanessa is President of Women in International Security Netherlands (WIIS-NL), and is also the lead researcher for the Gender and Peace research stream of the Chair of UN Studies in Peace and Justice. Vanessa’s research interests include peacekeeping, peace building, informal institutions, gender and security and the international relations of the Middle East.