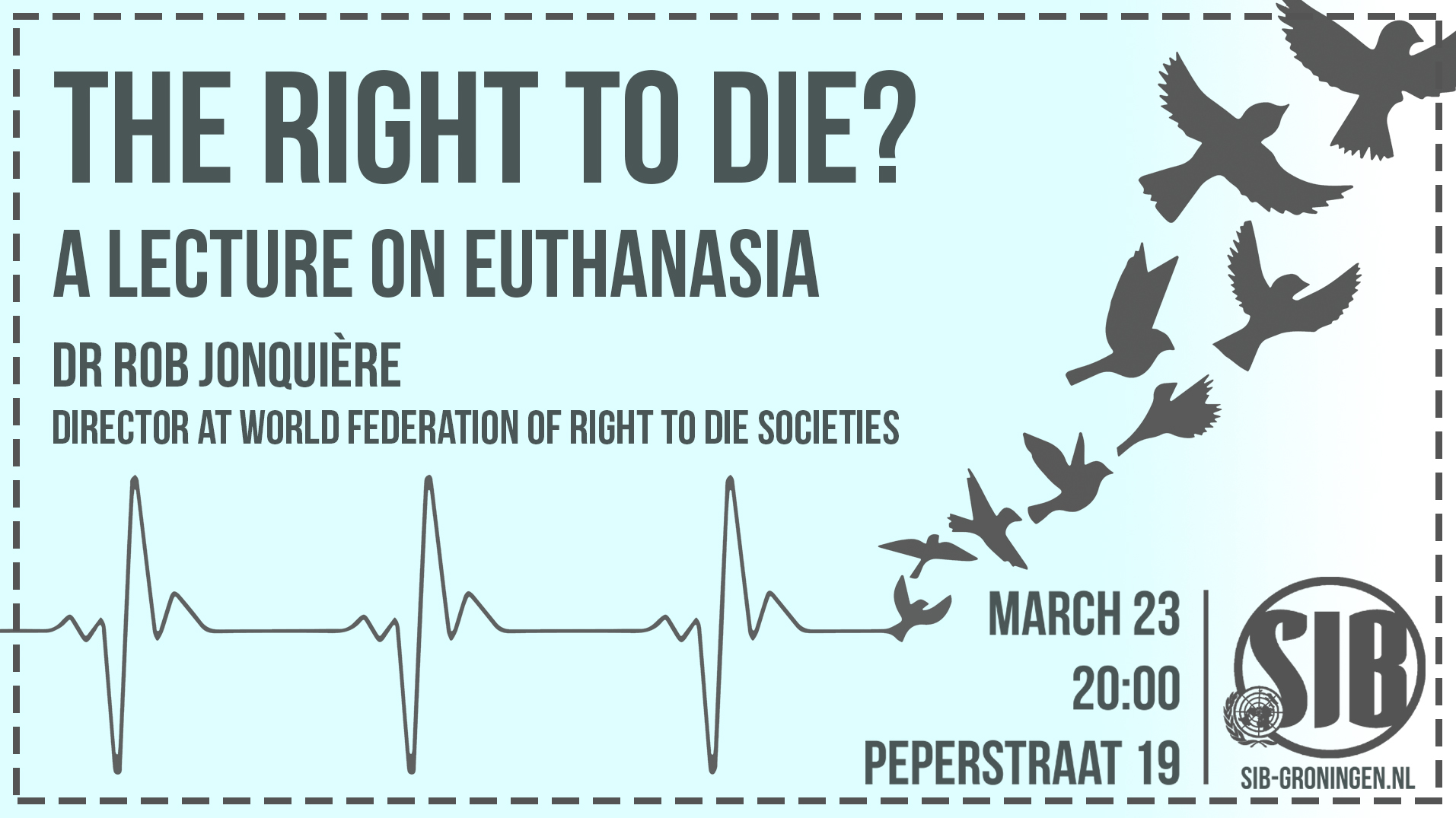 [Cancelled] Euthanasia: The Right to Die?

Euthanasia is commonly defined as the active termination of life at a patient’s voluntary and well-informed request. Since 2002, euthanasia and assisted suicide have been depenalised in the Netherlands, albeit with very strict requirements. Other countries prohibit doctors to assist patients with a wish to die entirely. The debate around whether or not euthanasia or assisted suicide should be depenalised or even legalised is still a very controversial one.
Is there such a thing as ‘the right to die’? Should governments be allowed to legislate on matters such as euthanasia at all? What is the situation like for physicians?
To find an answer to these questions and engage in discussion, we will be joined by Dr Rob Jonquière, Executive Director at the World Federation of Right to Die Societies. The World Federation for Right to Die Societies is the umbrella organisation for 52 national Right to Die Societies in 27 countries all over the world. Before, Dr Jonquière was the Executive Director of the Dutch Right to Die Society (NVVE – Nederlandse Vereiniging voor een Vrijwillig Levenseinde), and worked as a chair of the education and registration commission at the organisation for Support and Consultation on Euthanasia in the Netherlands.