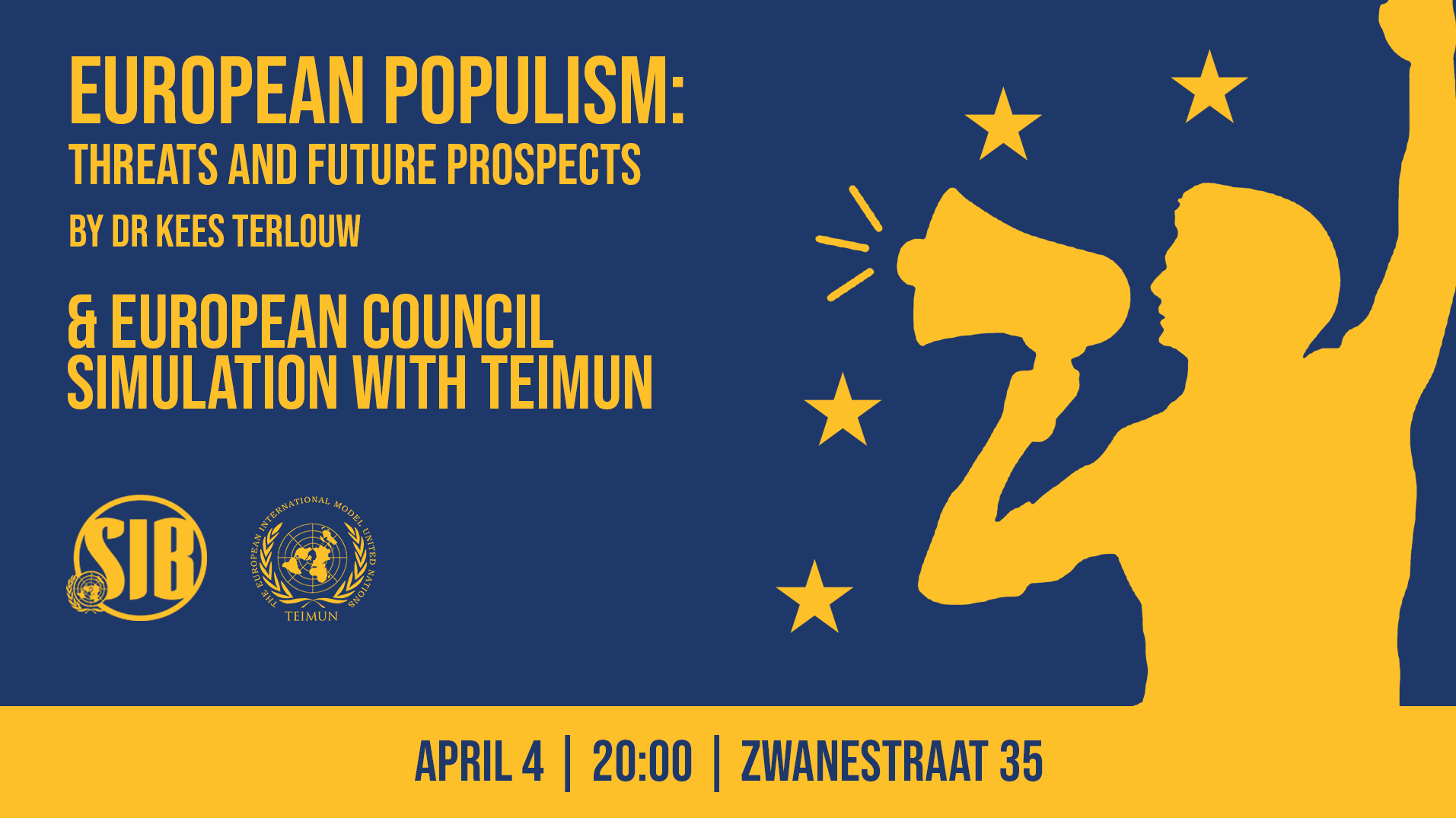 Europe’s political landscape is undergoing the biggest transformation since the end of the Cold War. Over the past two decades, populist parties have steadily increased their support, entering most national parliaments across the continent. In many countries, they have even taken over the levers of government. An unprecedented populist belt now covers a big and strategically important stretch of Central and Eastern Europe, from the Baltic Sea all the way to the Aegean. How does the European Union approach the problem of populism? After the lecture by Dr Kees Terlouw from the University of Utrecht, we will move to the Europe Council simulation organised by TEIMUN, The European International Model United Nations, where the participants will debate, represent different countries and seek solutions to tackle the problem of populism.

You can sign up for the simulation on the 4th of April here. You will receive an e-mail from TEIMUN indicating a country you will suppose to represent. Moreover, TEIMUN will provide you with background information.