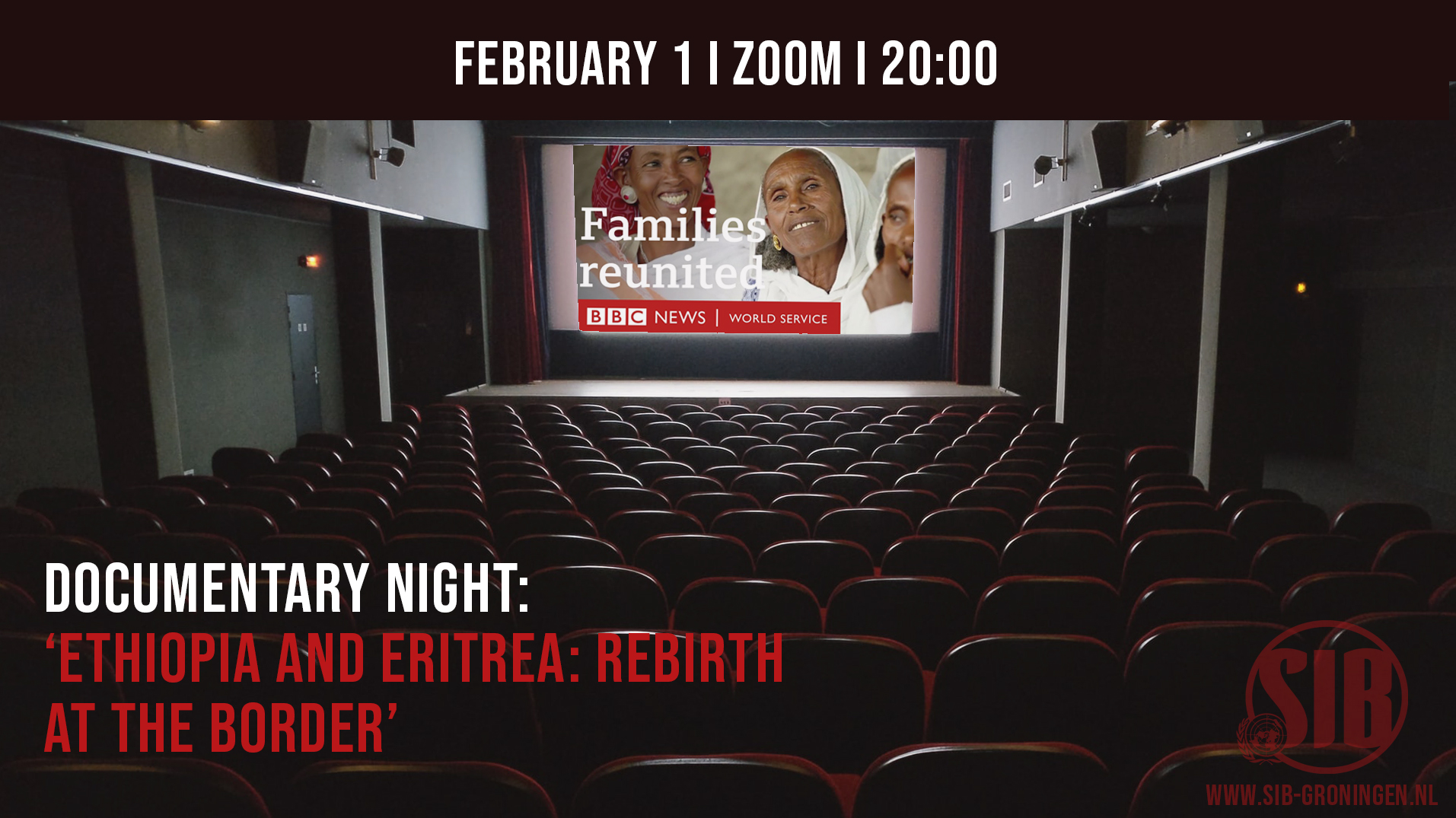 Documentary Night – ‘Ethiopia and Eritrea: Rebirth at the Border’

Join us this evening for a documentary night. This BBC documentary follows the lives of a young family living in the town of Zalambessa, on the border between Ethiopia and Eritrea after the resolution of a conflict which spanned over 20 years.

The longstanding conflict between Eritrea and Ethiopia escalated in 1998 into a full-blown war after a battle for the control of the border town of Badme. After having been under the control of Ethiopia, the Ottoman Empire, and Egypt, Eritrea was colonised by Italy from 1869 to 1941.

After the defeat of Italy in World War II, the United Nations resolved that Eritrea would become part of Ethiopia, yet maintaining a great deal of autonomy. However, in 1961 Ethiopia removed Eritrea’s independence, becoming a province of Ethiopia. Following a revolution in Ethiopia, Eritrea gained its independence in 1991. Since the borders between Ethiopia and Eritrea had never been clearly marked, arguments and skirmishes followed and Eritrea invaded the area of Ethiopia it viewed as its own. So beginning the border conflict in 1998.

After finally coming to a resolution in 2018, the border was opened and communities from both sides were able to reconnect. The conflict had made travel, trade, and even phone communications impossible. Families had been separated and business had been destroyed. So, when the conflict had been resolved, the border towns began to transform; trade, construction, and families were reconnected. This was also true for the town of Zalambessa, where this documentary takes place.

However, it was not too long before official checkpoints closed again for trade and vehicles due to the growing political uncertainty, yet movement on foot continues informally. While hope and optimism for a definite resolution remain, the semi-closed border causes frustration for families and businesses.

This documentary follows the lives of a young Ethiopian family, who have relatives living on both sides of the border. We see them celebrate the baptism of their firstborn son and learn about their work and hopes for the future. Along the journey, we also meet some other people, including a family photographer and Eritrean businessman.