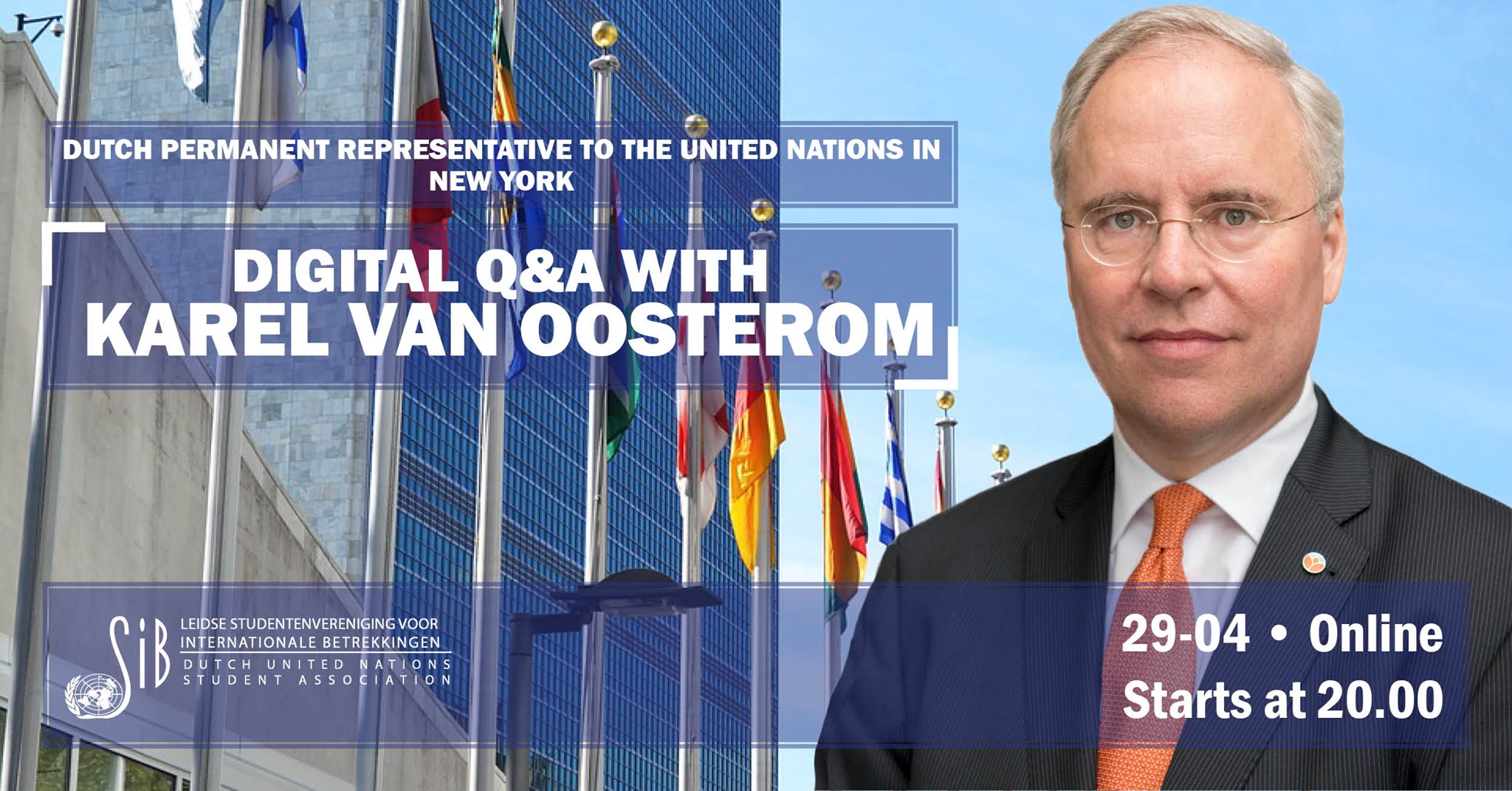 Digital Q&A with the Dutch Representative to the United Nations

On Wednesday, April 29th, all Dutch United Nations Student Association members will have the opportunity to talk with Karel van Oosterom, the Permanent Representative of The Netherlands at the United Nations in New York!

Karel van Oosterom is one of the most experienced Dutch diplomats, with a career at the Dutch embassy in Syria, China and Canada, the position of director-general of Political Affairs at the Dutch Ministry of Foreign Affairs between 2011 and 2013 and, as of 2013, the Permanent Representative of The Netherlands to the United Nations in New York. This includes having been the representative of The Netherlands to the Security Council in 2018. Recently, mr. Oosterom published a book about this experience titled ‘Met een oranje das: Een jaar in de veiligheidsraad (With an Orange Tie: A Year in the Security Council).’

All members of DUNSA will get the opportunity to participate in an online Q&A with Mr. van Oosterom! There is no prior registration required for this event. The Q&A will be conducted via Zoom, where members will be able to join the room between 20.00 and 20.15 (CET). You will be required to enter your full name to be allowed access, so that Board members of the respective associations can check for your membership. Not a member of DUNSA? You will be able to follow the Q&A via YouTube from 20.15 (stream link follows shortly before the start of the stream).

This event is organised in collaboration with SIB Leiden, SIB Amsterdam and SIB Utrecht, so it will also be your chance of meeting members from your fellow SIB cities!