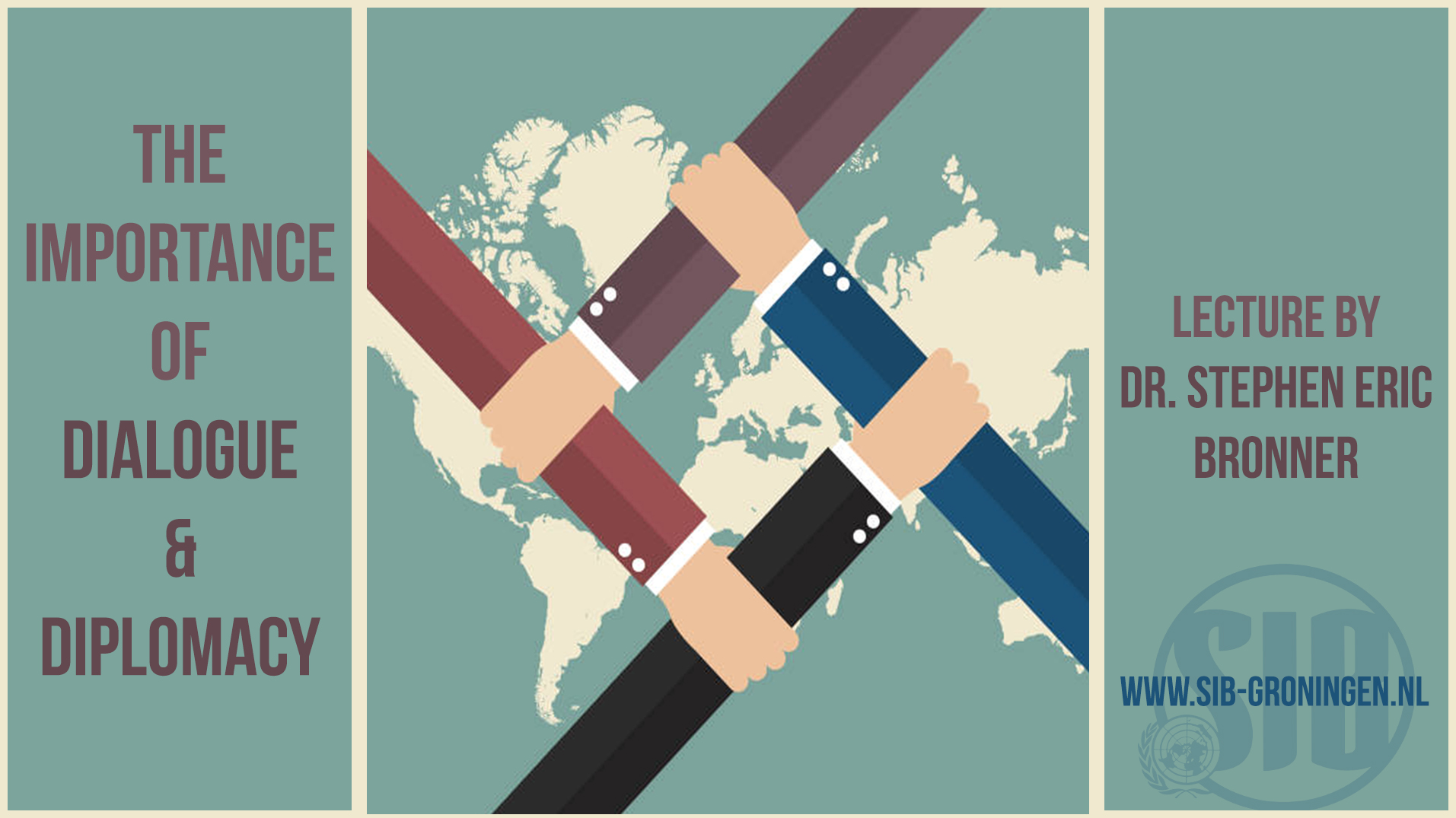 Lecture: The Importance of Dialogue & Diplomacy

As the Diplomats Dinner has sadly been cancelled due to the sharp spike in COVID cases in Groningen, we have organised this alternative online lecture. This virtual lecture will be free and open to everyone.

Despite not being able to discuss diplomacy with diplomats, we will instead be learning more about it from someone who has experienced its nuance first hand. Dr. Stephen Eric Bronner has previously organised intimate discussions with diplomats and leading politicians — including President Bashar al-Assad of Syria, former Presidents Khatami and Ahmadinejad of Iran, former President Numieri of Sudan, and the late Yassir Arafat — as well as institutes and individuals advising on policy. Today he will be joining us to tell us what he has learned from these experiences, and to answer your questions however possible.

Dr. Bronner is Co-Director the International Council for Diplomacy and Dialogue and Board of Governors. Dr. Bronner is the Director of Global Relations for the Center for the Study of Genocide and Human Rights, and serves on the Executive Committee of the UNESCO Chair for Genocide Prevention. Senior editor of Logos, Dr. Bronner has authored over two dozen books, which have been translated into well over a dozen languages, as well as some 200 articles on topics relevant to international affairs. They include: Critical Theory: A Very Short Introduction, Of Critical Theory and Its Theorists, Socialism Unbound, and Ideas in Action, which have become standard works, along with such widely acclaimed studies as Reclaiming the Enlightenment, A Rumor about the Jews, and The Bigot. An Affiliate Distinguished Fellow at the Center for the Study of Genocide and Human Rights, Professor Bronner has engaged in many missions of civic diplomacy in Darfur, Guinea, Iran, Iraq, Syria, and elsewhere. In 2011, he was awarded the MEPeace Prize by the Middle East Peace Network based in Jerusalem. His most recent works, are The Sovereign and Existentialism, Authenticity, Solidarity with Routledge Publishers.