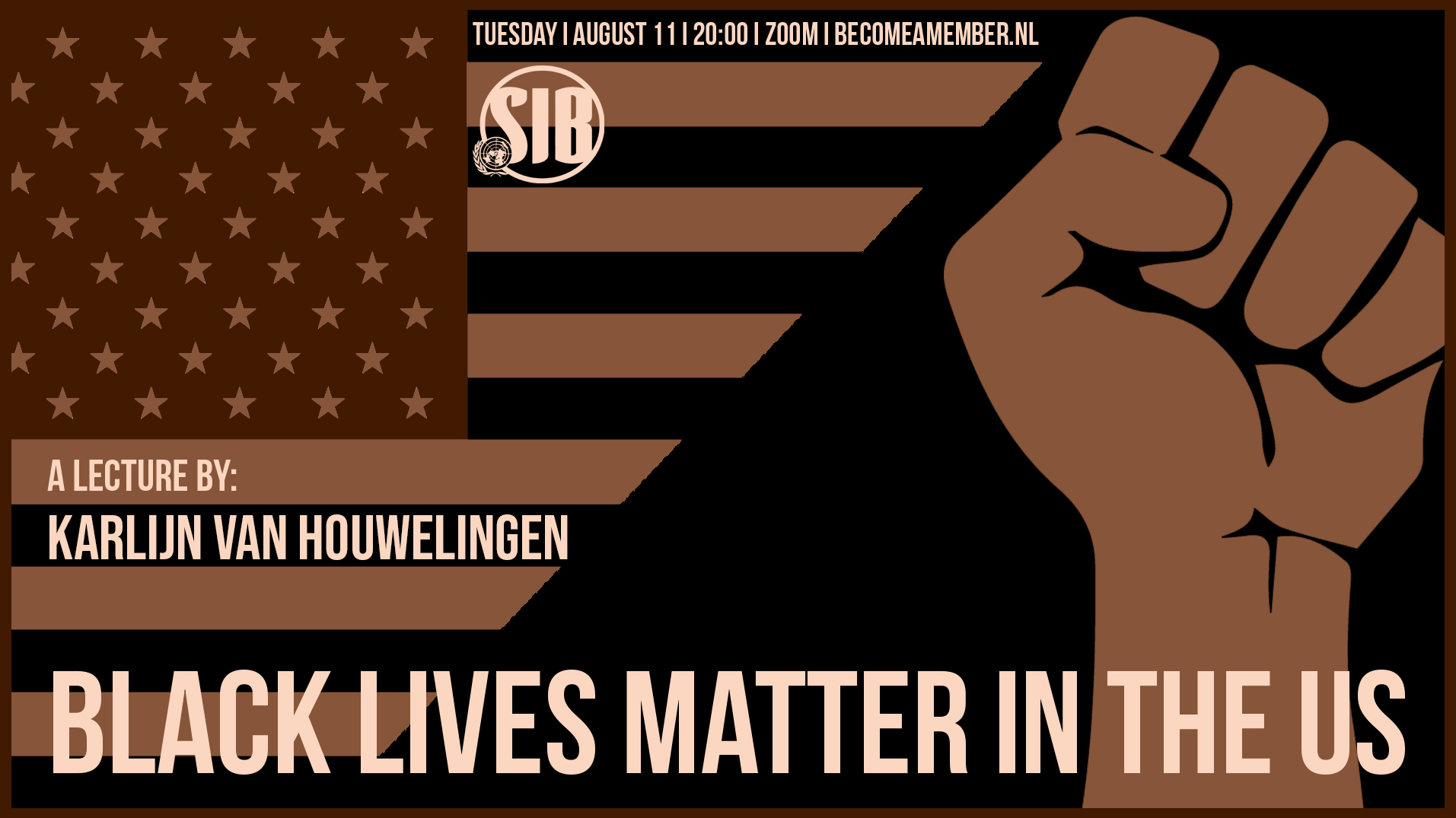 On this Tuesday, our Activities Committee has organised an event concerning the recent Black Lives Matter protests in the USA and beyond.

#Black Lives Matter. What started as a Facebook post in 2013, has nowadays evolved to a global movement. Originally meant to draw attention to the acquittal of black teenager Trayvon Martin’s murderer in Florida, many more victims of racial injustice and police brutality over the years have led to the outcry against white supremacy in the US becoming louder and the intersectional movement gaining strength. After the murder of George Floyd by a white policeman in May 2020, protests sparked all across the United States of America and rapidly extended to countries all over the world.

In what way do the current protests differ from previous actions towards more racial equality and social justice? Do they have the potential to impact the results of the US presidential elections in November? What is their global impact?

Karlijn van Houwelingen has been working as a correspondent for, among others, the Algemeen Dagblad in New York since 2015. Her recent book ‘Dit is Amerika’ (This is America), telling the story of women and gender balance in the USA ,was published in January 2020. She studied Journalism in Tilburg and Sociology in Rotterdam. Previously, she worked as a correspondent for reports in several countries across the globe, including Colombia, South Korea, Ukraine, Austria, Germany and Belgium.

The event is be open and free to everyone, and will take place via zoom. It is also possible to watch a livestream on SIB-Groningen’s Facebook and Youtube Channel.