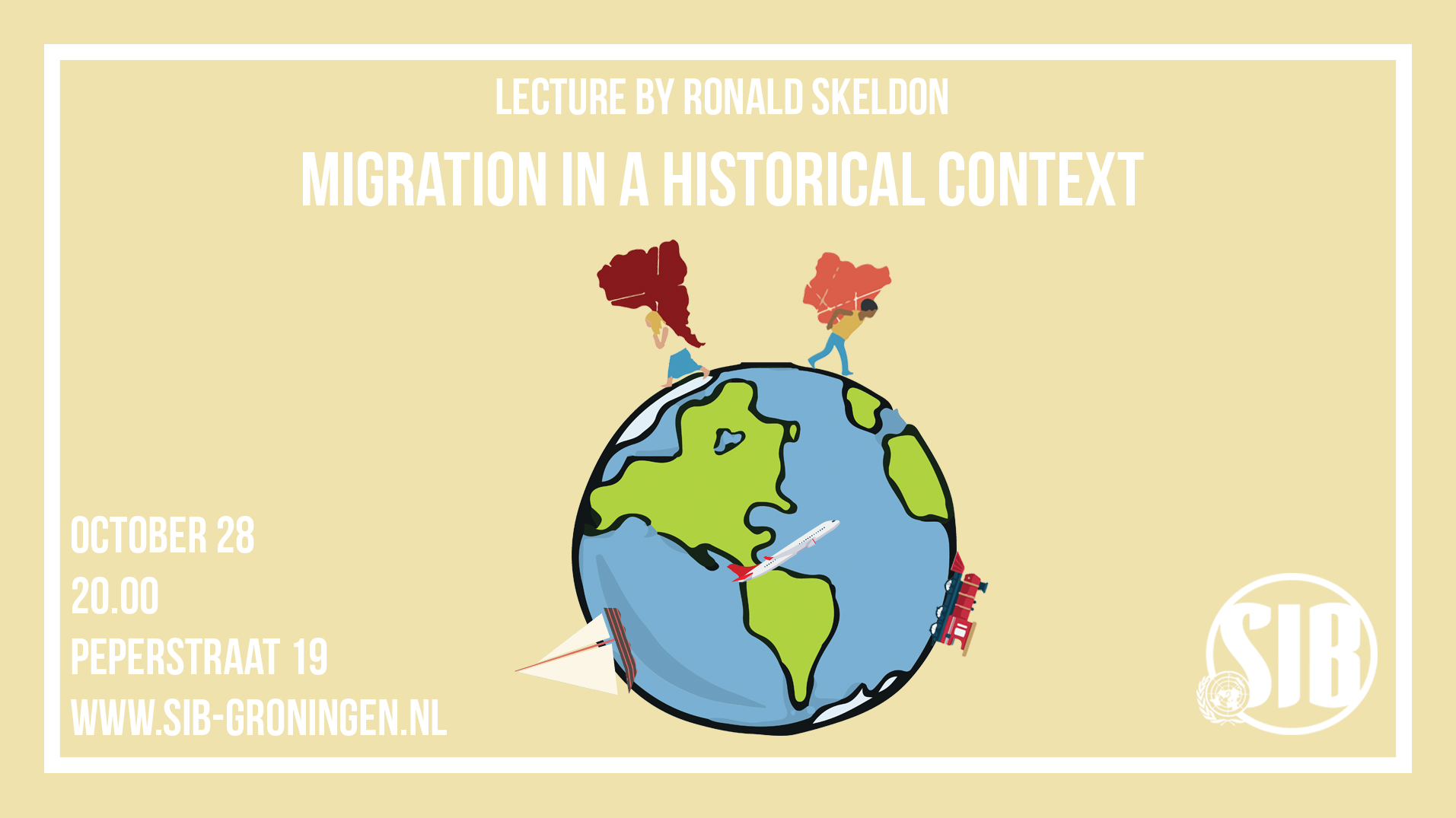 “A Historical Perspective on Migration” by Ronald Skeldon

With the debate surrounding migration being seemingly one of the most important political debates in our current political agenda, a lot of different theories on the use and benefits of migration are going around. Whilst most focus on the recent waves of migration to member states of the European Union, or the southern migration into the United States, few theories explain more than the past couple of decades, and even fewer the past century. However, big-picture theories, which attempt to explain to put into perspective many centuries of migrational history, are gaining more and more coverage. To talk to us about these theories and his own historical view on migration, we will be joined by Professor Ronald Skeldon.

Prof. Dr. Ronald Skeldon is a Professorial Fellow in the Department of Geography at the School of Global Studies at the University of Sussex. Prof. Skeldon holds a Professorship in Human Geography at UNU-MERIT/MGSoG. In addition to this, he works as a consultant to international organisations, including the International Organisation for Migration (IOM), the United Nations Population Division (UNDP), the United Nations Population Fund (UNFPA), the International Labour Organisation (ILO), the Organisation for Economic Co-operation and Development (OECD) and the Social Science Research Council (SSRC) in New York.