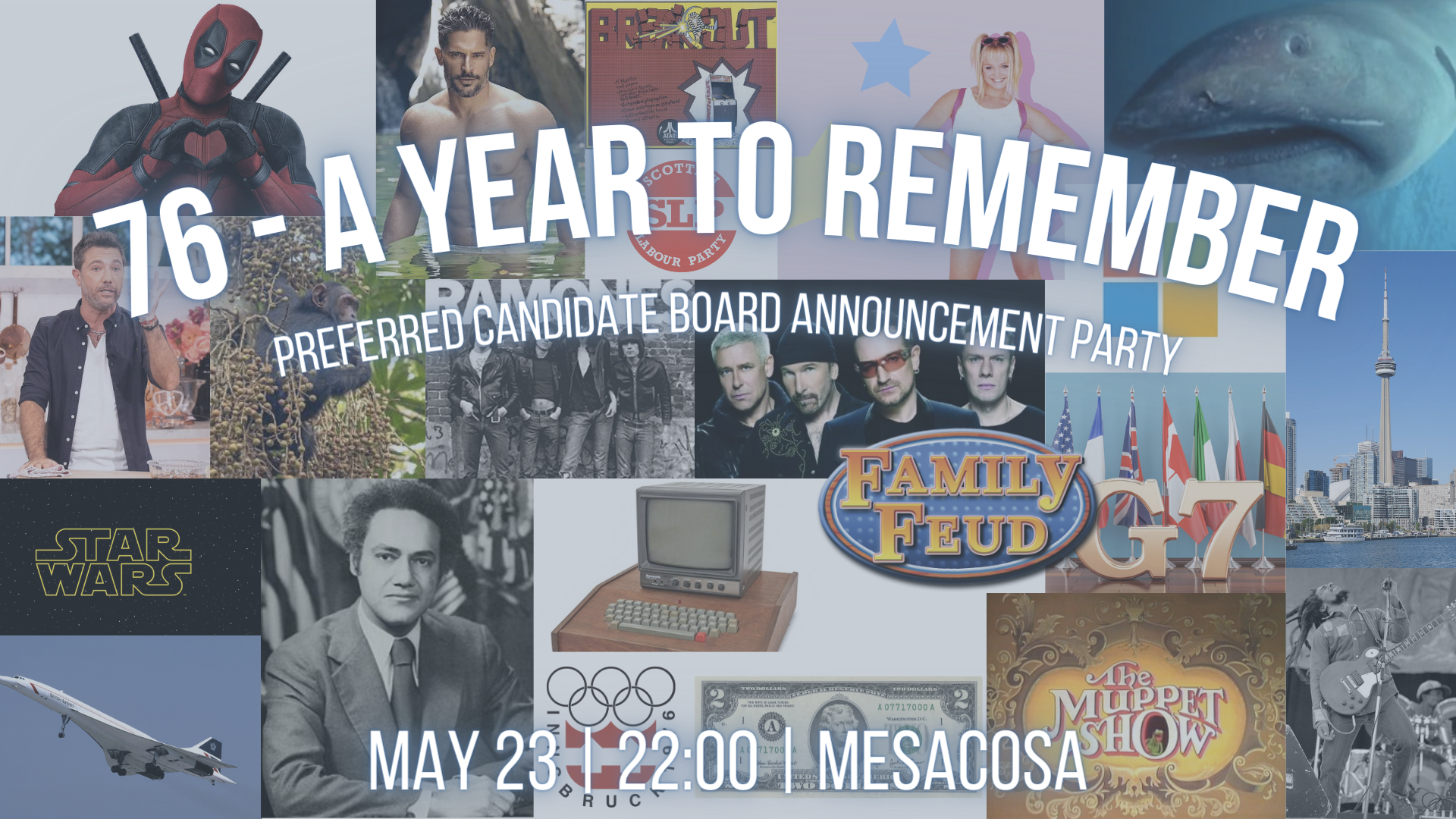 1976 – the year that the filming for Star Wars began, Apple was founded and the first Apple computer was released, the CN Tower in Toronto was built, chimpanzees were added to the list of endangered species, U2 was founded, Baby Spice was born, the Ramones released Ramones, Mao Zedong died, Microsoft was founded and our favourite TV chef Gino D’Acampo was born. These are just a few of the many events that took place in ’76. A Board year is no doubt very eventful, so what better way to celebrate the announcement of Preferred Candidate Board 76 than by looking back at all that has happened in ’76?