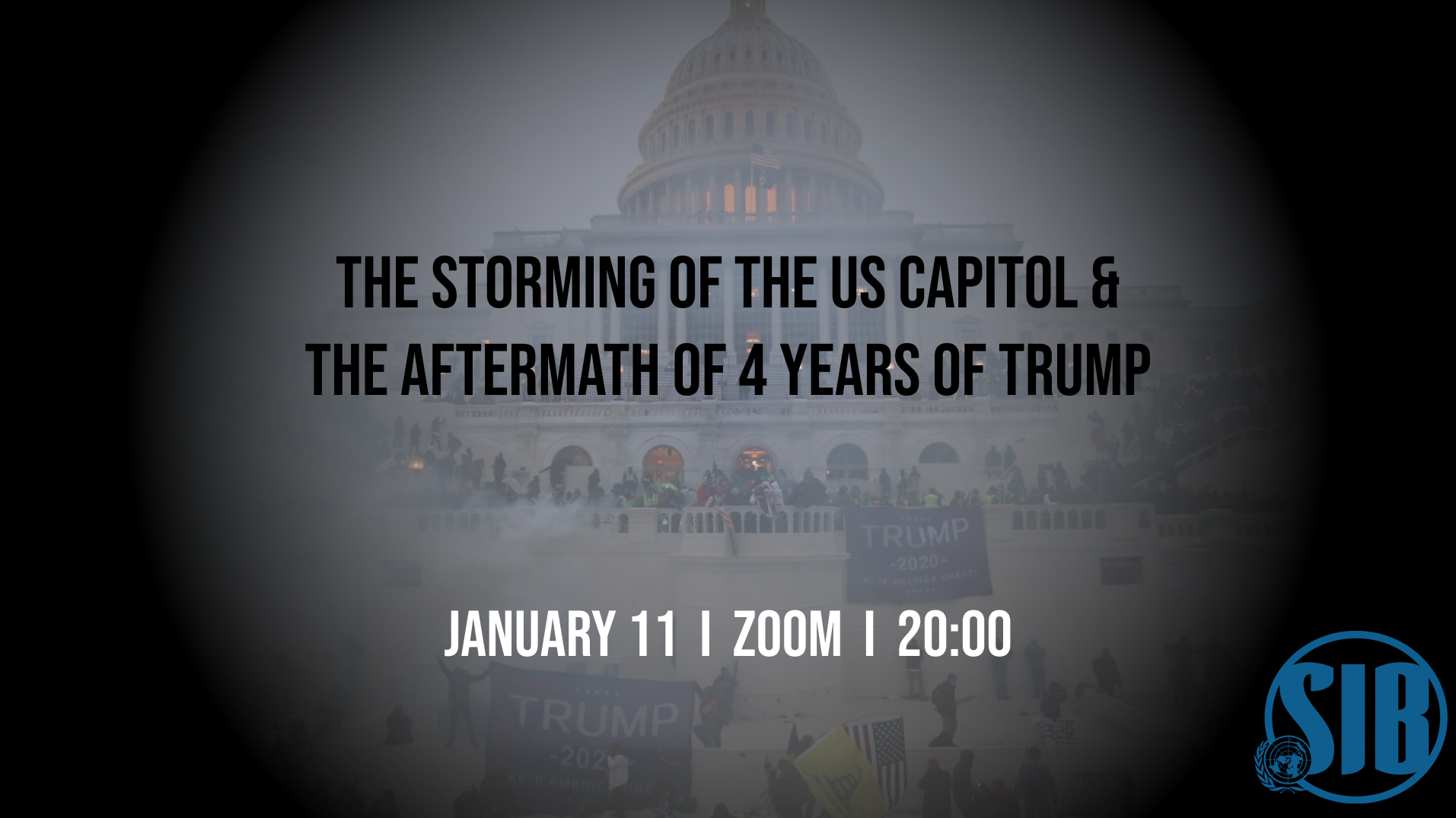 Discussion: The Storming of the US Capitol & The Aftermath of 4 years of Trump

Due to personal complications the previous speaker arranged by dispuut mancala had to cancel. The lecture/topic will be pushed to march, so look forward to a dispuut lecture about Disabilities in Politics at a later date.

Instead please join us for a discussion on last week’s developments in the US Capitol, where we’ll go through a series of related topics about the unraveling of the American political status quo, the impact of Trump’s social media presence, the radicalisation of the right, and the potential potential future impact of last Wednesday’s events.

Bharath was previously a Researcher at the Oxford Internet Institute and the Computational Propaganda Project at the University of Oxford. His projects focused on social media manipulation and disinformation in North America and Western Europe, as well as studies of the digital culture of the radical right as part of the VOX-Pol network. He has commented widely on issues related to Russian involvement in the 2016 United States election, hate speech, and the radical right in the British Houses of Parliament, United Nations, national security services, and various international media outlets.

Dr. Ganesh will give a short talk and Q&A to introduce the topics of the day, before we split off into small groups to discuss what’s happened and the topics we’ll discuss with Dr. Ganesh.

Watch back this lecture

A big thank you to Dispuut Mancala for organising this alternative event at such short notice.