Raphael completed his DPhil in Political Theory at St. Catherine’s College, the University of Oxford, where he worked with Geoffrey Marshall, Wilfrid Knapp and Isaiah Berlin. He is now Professor and Chair in Politics, University of Hull. Raphael taught, inter alia, at Oxford (UK), Jerusalem, Haifa (Israel), UCLA, Johns Hopkins (USA) and Nirma University (India). He was also Senior Fellow at the Woodrow Wilson International Center for Scholars, Washington DC, and Distinguished Visiting Professor, Faculty of Laws, University College London. He is the founder of Israel’s “Second Generation to the Holocaust and Heroism Remembrance” Organization, The University of Haifa Center for Democratic Studies, The Van Leer Jerusalem Institute Medical Ethics Think-tank, and The University of Hull Middle East Study Group. Raphael has published extensively in the fields of politics, philosophy, media ethics, medical ethics, law, sociology and history. His main books are The Boundaries of Liberty and Tolerance (1994), The Right to Die with Dignity (2001), Speech, Media and Ethics (2001, 2005), Euthanasia in The Netherlands (2004), The Scope of Tolerance (2006, 2007), The Democratic Catch (2007), Confronting the Internet’s Dark Side (2015), and Just, Reasonable Multiculturalism (2021). He Is now working on Resolving the Israeli-Palestinian Conflict: A Critical Study of Peace Mediation, Facilitation and Negotiations between Israel and the PLO (forthcoming 2023). https://www.amazon.co.uk/Raphael-Cohen-Almagor/e/B001HPMUFU

Alberto Godioli is a Senior Lecturer in European Culture and Literature at the University of Groningen. His research focuses on how courts of law deal with humour (e.g. jokes, cartoons or memes) in cases regarding freedom of expression. In particular, he is interested in how insights from literary studies and linguistics can help courts reach a more fair and consistent approach to humour. His work on these topics is supported by NWO and NETIAS grants, and is conducted in dialogue with stakeholders such as Columbia Global Freedom of Expression and Cartoonists’ Rights Network International. 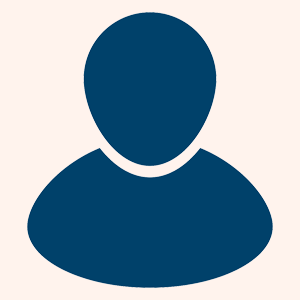 After studying law and completing her legal clerkship Josephine Ballon has been working as a lawyer since 2017. In November 2019, she joined Hate Aid as Head of Legal. Already in 2016, she campaigned against hate and incitement as part of the “No Hate Speech Movement” in Berlin. As part of a video series and workshop, she explained to journalists how to defend themselves against digital violence. Josephine Ballon advocates improving the legal framework for those affected by digital violence who are left largely unprotected against violations of their rights on the internet. Ms Ballon was invited twice as an official expert to the Legal Committee of the German Bundestag, where she commented on the draft amendment to the Network Enforcement Act (NetzDG) and the draft of the Combating Right-Wing Extremism and Hate Crime Act and also to the Committee of Digital Agenda on Digital Violence against Women and Girls. 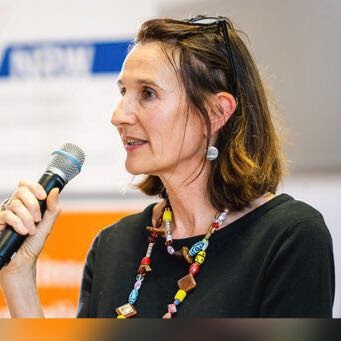 Renate Schroeder is the Director of the European Federation of Journalists, In 1993 she joined the International Federation of Journalists (IFJ) and since 2003 she works for the EFJ. Advocacy at EU and Council of Europe level; presentation of EFJ at international meetings and fact-finding media freedom missions; project work, communication and assistance in several EFJ expert groups including on freelances, broadcasting media literacy and digital journalism, cover her work-load in the small dynamic Brussels office.

Renate Schroeder studied International Relations and Political Science at Boston University (Bachelor’s Degree in 1988) and in Berlin at the Free University (Masters in 1992). Before, she worked at the United Nations, New York, the research institute FAST in Berlin and the Friedrich-Ebert Foundation in Brussels.  She is of German nationality and speaks English, French, Italian, German and Spanish (passive). 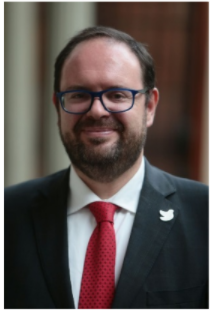 Guilherme Canela holds the position of chief of the section of Freedom of Expression and Safety of Journalists at UNESCO headquarters in Paris. For 8 years, he held the position of Communication and Information Regional Adviser for Latin America and the Caribbean at the UNESCO Montevideo Office. During those years, he performed as Regional Coordinator of the UNESCO Initiative for the Promotion of Democracy and Freedom of Expression in judicial systems in Latin America. He was also the Secretary of the Regional Committee of the UNESCO Memory of the World Programme for Latin America and the Caribbean, and the focal point of the Organization for issues related to the safety of journalists. He has a B.A. in International Relations from the University of Brasília (UNB) and a Master’s Degree in Political Science from the University of São Paulo (USP). For 8 years(2000-2008), Guilherme coordinated the media and journalism research area of the News Agency for Children’s Rights (ANDI). In this period, he was responsible for several surveys that evaluated the news media coverage on issues such as children’s education, rights, violence, health, sexual abuse, human and social development, drugs, participatory democracy, entrepreneurial social responsibility, human rights, among others. He is co-author of 10 books published by ANDI on these issues (Series Media and Social Mobilization, Cortez Publisher) and several brochures, magazines and discussion texts on various topics related to the universe of human rights, of the rights of children, in particular of development and of democracies. He was a research consultant for the United Nations Latin American Institute for the Prevention of Crime and the Treatment of Offenders and for the Ayrton Senna Journalism Award. Guilherme was a senior member of the Working Group of the Ministry of Justice of Brazil to Provide Advisory Services to the Regulation of TV Programs’ Rating System and associated researcher at the Nucleus for Studies of Media and Politics of the University of Brasilia. He was president of the Consultative Committee on Children and Media in Uruguay. Jointly with Solano Nascimento, he published the book Access to information and public policies social control. He actively participated in the process of discussion and implementation of Access laws in Brazil, Paraguay and acted as an international observer in the Uruguay Open Government process. He was/is a member of several advisory boards and juries related to journalism and freedom of expression. 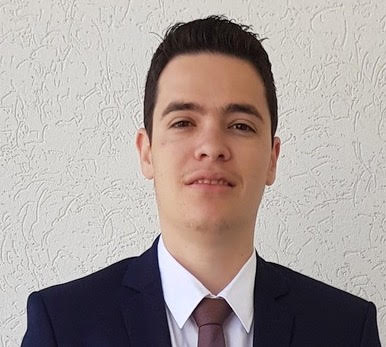 Savvas Zannettou is a Postdoctoral Researcher at Max Planck Institute for Informatics (MPI-INF), working under the guidance of Prof. Anja Feldmann and Prof. Krishna Gummadi. He is also a core member of the International Data-driven Research for Advanced Modeling and Analysis Lab (iDrama Lab). His research focuses on applying machine learning and data-driven quantitative analysis to understand emerging phenomena on the Web, such as the spread of false information and hateful rhetorics. His research has been published at top-tier conferences such as ICWSM, WWW, and ACM IMC. He and his co-authors have received best/distinguished paper awards at ACM IMC 2018 CyberSafety 2019. 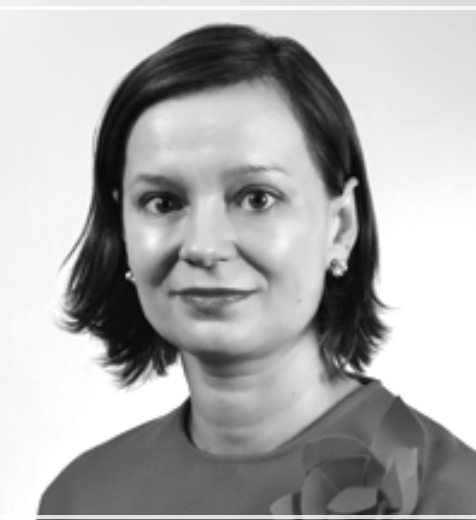 Raluca Bercea is an associate professor at the Faculty of Law of the West University of Timisoara, where she teaches European law and comparative law. She was a visiting professor at the University Paris I Panthéon-Sorbonne, and part of the juries of dissertation and doctoral theses. She gave lectures as a guest of the British Association of Comparative Law at the University of Kent (UK). She started an international summer school in European law in Udine (Italy), where she has been teaching for more than ten years. She is co-founder of the Romanian Journal of Comparative Law, director of the Center for Comparative Law and Interdisciplinarity of the Faculty of Law in Timisoara. As an expert of the Council of Europe, she has carried out projects to train lawyers in the field of human rights. She participated as a rapporteur at international congresses of comparative law. She translated books and studies of comparative law and European law by renowned foreign authors.